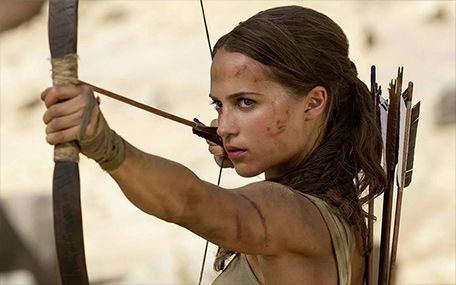 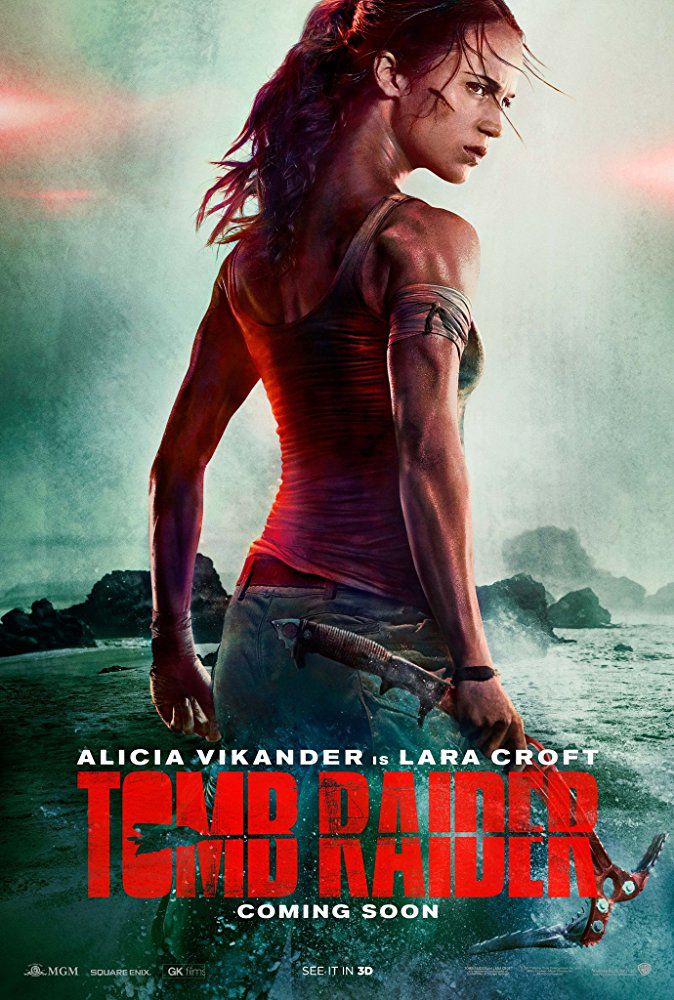 Times have certainly changed when you find celebrated dramatic actresses opting to play action heroes in blockbuster movies. For instance, Jennifer Lawrence had already been nominated for an Academy Award (for Winter’s Bone) when she agreed to star as Katniss Everdeen in the adaptation of The Hunger Games trilogy. And she’s since been nominated for three more Oscars, winning for Silver Linings Playbook.

Now we have Alicia Vikander taking a page out Jennifer’s “playbook” by assuming the role of Lara Croft in the reboot of the Tomb Raider franchise. After all, Vikander had not only already won an Academy Award (for The Danish Girl), but also received critical acclaim for delivering mesmerizing performances in Ex Machina and Testament of Youth.

The upshot is that Tomb Raider 2.0 is blessed with a versatile lead who is not only eye candy and kicks butt in convincing fashion but has the emotional range to induce the audience to invest in her character. What makes Vikander’s accomplishments all the more impressive is the fact that English isn’t even her native language, having been born and raised in Gothenburg, Sweden.

At the picture’s point of departure, we find Lara eking out a living in East London as a bike courier, and training to be a kickboxer in her free time. She doesn’t have to be so poor, given that she’s the only heir to a massive fortune left behind by her parents, Lady and Lord Croft.

While her mother is really dead, there’s no proof of her father’s (Dominic West) passing. Lord Croft was an archaeologist/explorer who went missing seven years ago on an expedition to an uncharted spot in the ocean off the coast of Japan. He was searching for a fabled tomb rumored to contain a key to a supernatural realm.

Instead of signing daddy’s death certificate, accepting her inheritance, and living in the lap of luxury, Lara follows a set of mysterious clues he left behind leading to a an island resembling the Rock of Gibraltar. Upon arriving, she must rely on her wits and her acrobatic and archery skills to survive an epic fight to the death with a worthy adversary (Walton Goggins) and his gang of goons armed to the teeth.

Think “The Da Vinci Code,” except with less talk and way more action.

Rated PG-13 for violence and some profanity

In English and Cantonese with subtitles

To see a trailer for Tomb Raider, visit: https://www.youtube.com/watch?v=8ndhidEmUbI