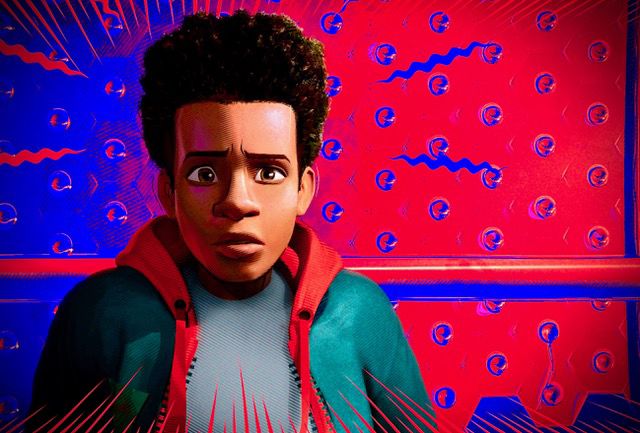 Shameik Moore lends his voice to the lead character in “Spider-Man into the Spider- Verse.”

The voice of Shameik Moore, Jake Johnson and Hailee Steinfeld bring animation to life in “Spider-Man into the Spider-Verse.” 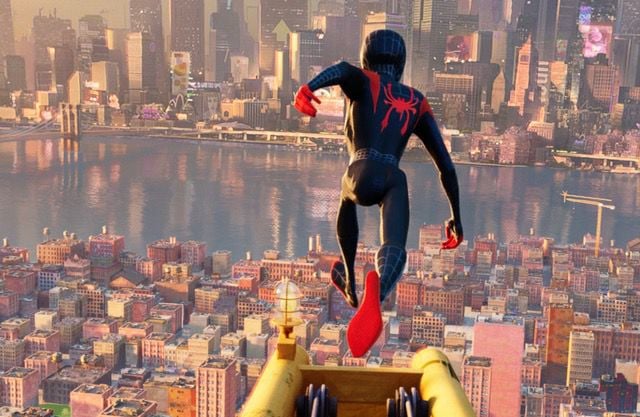 With a diverse cast and state-of-the-art animation, “Spider-Man into the Spider-Verse” offers a fresh take on a classic superhero. 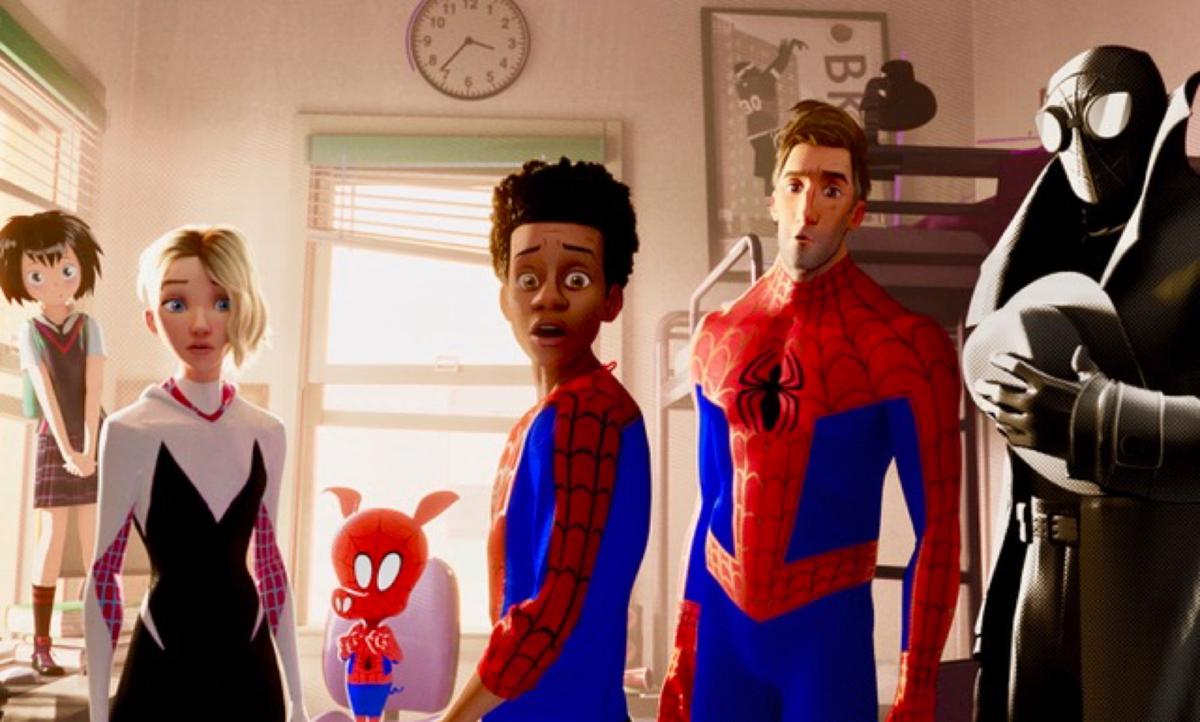 Shameik Moore lends his voice to the lead character in “Spider-Man into the Spider- Verse.”

The voice of Shameik Moore, Jake Johnson and Hailee Steinfeld bring animation to life in “Spider-Man into the Spider-Verse.”

With a diverse cast and state-of-the-art animation, “Spider-Man into the Spider-Verse” offers a fresh take on a classic superhero.

Famous last words. That’s what’s on the lips of teenager Miles Morales as he goes through a change in life. No, not puberty. The young Blatino (Black and Latino) brother from Brooklyn has been bitten by a radioactive spider and his life has changed forever. And so did the legend of Spider-Man when it took a detour in 2011. That’s when writer Brian Michael Bendis and artist Sara Pichelli created Marvel comic books that centered around the character Miles Morales, purportedly inspired by Barack Obama and Donald Glover. The leap from the page to screen gives the arachnid/man-boy a very hip and new playground.

The blending of old school comic book pages and new world computer graphics is a standout in this innovative animated feature film. The clever blend of classic hand-drawn animation with the latest technology takes animation into a new age. Everyone from the visual effects, art and production management teams should take a bow. With special praise for art directors Dean Gordon and Patrick O’Keefe and production designer Justin Thompson. Also, Mile’s cool red/blue Spider-Man uniform looks like it’s part of a collection from a 22nd century Nike sports clothing line.

Miles (voiced by Shameik Moore) is an inner-city kid facing a life crisis. He’s going to a private school in Manhattan, away from his friends in Brooklyn. The parental guidance that steers his child development comes from his loving African-American father Jefferson Davis (Brian Tyree Henry), a cop, and his nurturing Puerto Rican mom Rio Morales (Luna Lauren Velez), a nurse. When Miles feels he can’t talk to his parents about his apprehensions, the fledgling artist seeks council from his Uncle Aaron (Mahershala Ali), a graffiti artist with a checkered past.

As Miles faces his challenges, the city is being torn apart by crime and a rogue hero, Spider-Man (Chris Pine). After being bitten by the love bug, Miles gets drawn into a battle between Spider-Man and the crime lord Wilson Fisk (Liev Schreiber). They’re fighting over a nuclear super collider that can open up a portal to other dimensions, a threshold that can transport various versions of Spider-Man. It’s a tough time for Miles to engage in life-or-death combat as he doesn’t know how to master his superpowers. Sticking to stuff, heightened hearing, venom strikes and the ability to make himself invisible are powers beyond his control.

The script by Phil Lord gives Miles a character arc that lasts almost the entire movie; one of an innocent, insecure kid who is a newly empowered, yet clumsy, superhero.

The group of characters that surround the kid add texture at every juncture. Those family members, friends and villains are brought to life by a very lively cast who seem to be having a lot of fun. Henry displays great warmth, strength and discipline as dad. Velez’s take on mom is comforting at all the right times. Ali does things with his voice that hint at Uncle Aaron’s secret-life. Lily Tomlin as Aunt May gets to be far more hip and active than the previous ones. The campiest voice has to be Kathryn Hahn’s as she plays Fisk’s mad scientist, Doc Ock, with lots of relish and plenty of mustard.

Beside the stunning visuals and fun voices, the film’s other strength is its ultra-hip musical soundtrack. The basic score was created by Daniel Pemberton and it’s the glue. The bricks are a playlist of the hippest music on a soundtrack since “Black Panther.” The songs to remember are “Sunflower,” sung by Post-Malone and Swae Lee and the very aggressive and growling song ,“What’s Up Danger,” performed by Blackway and Black Cavier.

Past “Spider-Man” movies seemed to cater to general audiences and had a very middle America feel. This version is an ode to urban folks, nerds, teens, public and private school kids, rap/hip-hop fans and those who would rather be cool than drab. There isn’t anything really subversive about this PG-13 movie at all. Bring the kids or send them to the theater.

Directors Peter Ramsey, Bob Persichetti and Rodney Rothman have created a very modern, fresh and timely version of a classic franchise in need of an overhaul. One of their advantages was that they had limitless creative freedom. Live-action versions of Spider-Man, by their nature, have constraints. For the most part, the filmmakers have achieved their goals and will likely inspire animators on into the future. If this lively montage of superhero angst had one flaw, it’s that sometimes the weight of the heavy, complex, multi-faceted visuals stymies momentum.