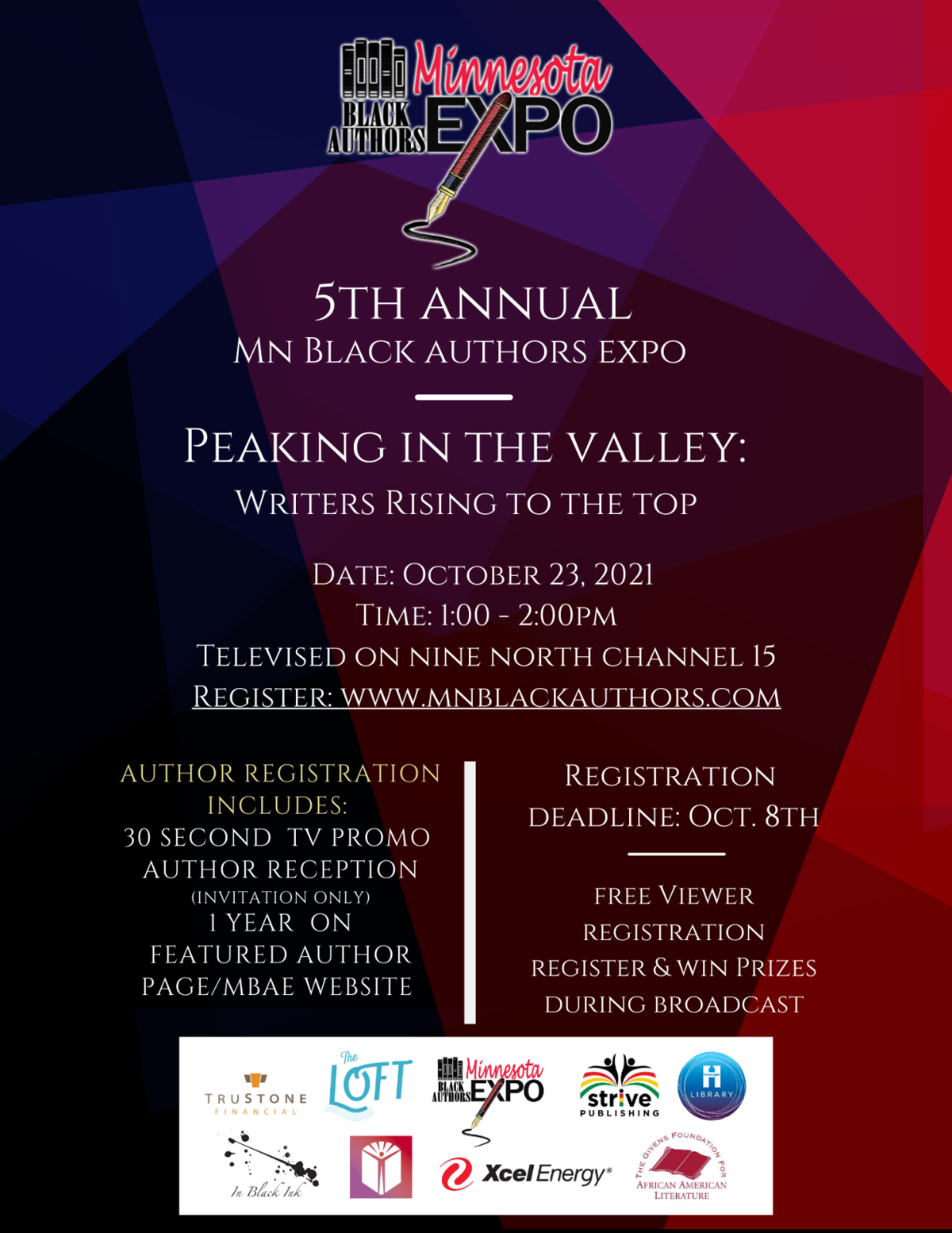 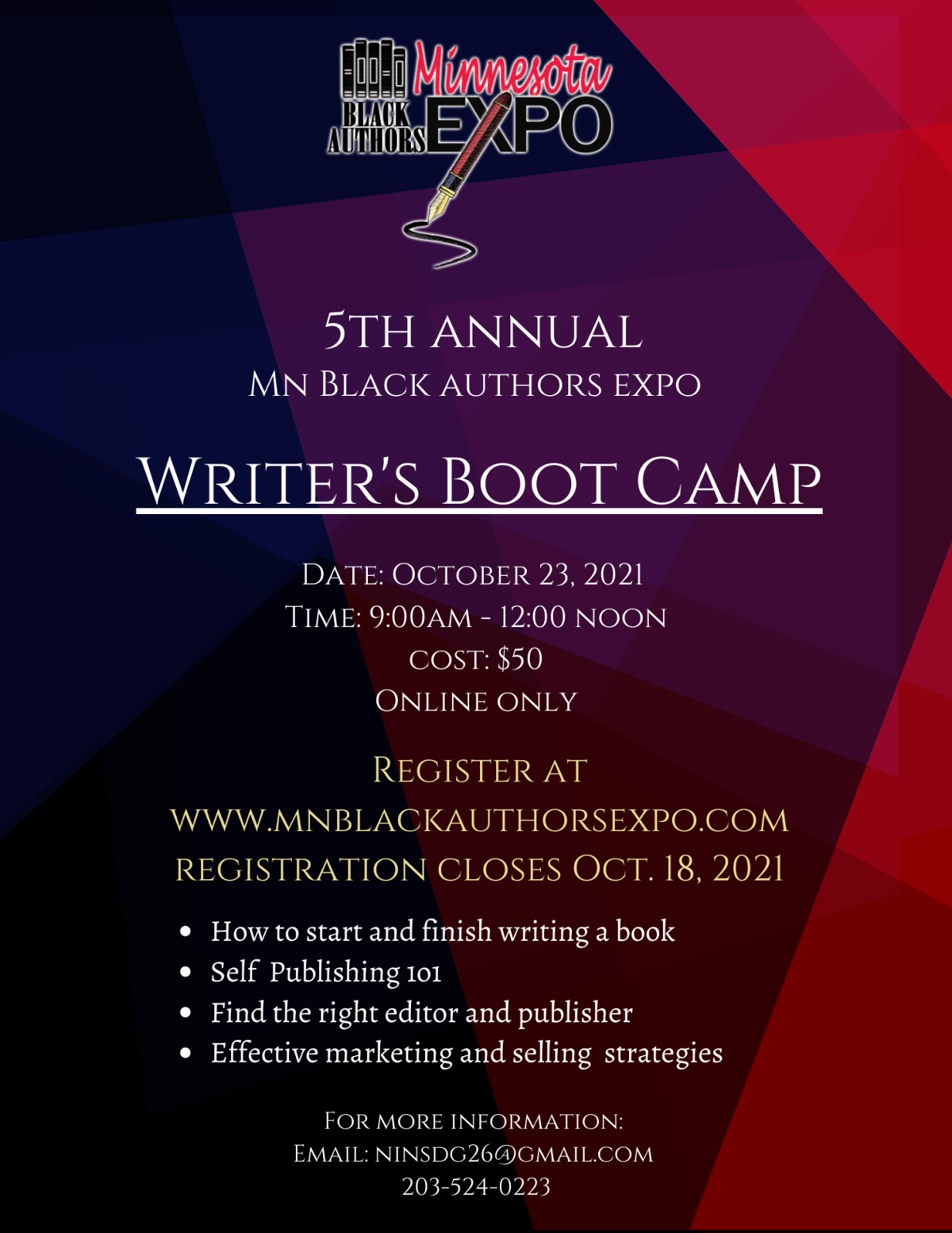 Four years ago, DeVonna Bentley-Pittman and Jasmine Boudou had written and published books. The quandary: how to find their reading audience and sell their books. Bentley-Pittman then went to Neon on West Broadway in Minneapolis to secure a space to host an event. That event became the Minnesota Black Authors Expo (MBAE). Its mission: to support and celebrate Black authors, and stimulate their income.

MBAE’s initial event featured 20 authors, plus a workshop known as Writer’s Boot Camp. With music provided by saxophonist Antonio Jackson, educators and readers came all day long to support the event. Its success made it evident that next year’s event would require a larger space.

Dorothy Nins, MBAE’s current executive director, was a volunteer for the first MBAE event, and soon took over the event planning portion. By 2019, panel discussions, author readings, and the Kid’s Corner were added, and the featured authors increased to 60. In 2020, Nins was appointed executive director by Bentley-Pittman, and received the Excellence and Fierce Passion Award. “Know your purpose” is Nins’ motto. “It is a privilege and an honor to be executive director, and to fill in the gap for Black authors,” she states.

This year’s event theme is Peaking in the Valley: Writers Rising to the Top. Given the challenges brought on by COVID-19 over the past 18 months, the theme is highly appropriate when it comes to how we excel and live in the COVID valley/world. Because of COVID, MBAE had to be creative in reaching people, hence Nins was motivated to go to television and host a virtual event for 2020. Added were 30-second promos by the featured authors, plus the prize giveaways that have been part of MBAE—if you register on the MBAE website (www.mnblackauthorsexpo.com) as a viewer, you are eligible for prizes! For the future, MBAE will become a hybrid event.

The Kid’s Corner, sponsored by the Hennepin County Library, has a special place in Nins’ heart, and it is a key component of MBAE. While the kids are talking about books, she asks them, “What are you doing when you are blue? What do you do to get happy from being sad?” Their responses will be displayed in a storybook form this year. “This lets them know their stories are important,” Nins affirms.

You may be asking yourself if you have the passion and the discipline to write a book. You may have an idea for a book but haven’t brought it to fruition. You may already have books you’ve published, but don’t know how to market them. In the Writer’s Boot Camp, new and established writers will learn about 1) starting and finishing a book 2) self-publishing 3) how to go the traditional route, including finding editors and publishers that are right for you, and 4) effectively marketing and selling your books.

For the future, MBAE will have a Featured Author section every month, and continue to build a marketplace online for those who want access to its authors (e.g. editors, narrators, publishers, etc.). To meet the needs of those in the literary world that haven’t been met yet is essential, as well as getting back into a public space. To ensure that featured authors are getting buyers, better search engines will be implemented.

MBAE will be televised via Facebook Live and Nine North Channel 15 on Saturday, October 23 from 1:00 to 2:00 p.m. As an author who was writing since I could hold a pen, I knew about the myth that “Blacks don’t read.” MBAE soundly rebukes that myth, providing a literary feast. And yes, there are Black authors here in Minnesota in a diversity of genres. Representation matters. If we don’t share our stories, who will?