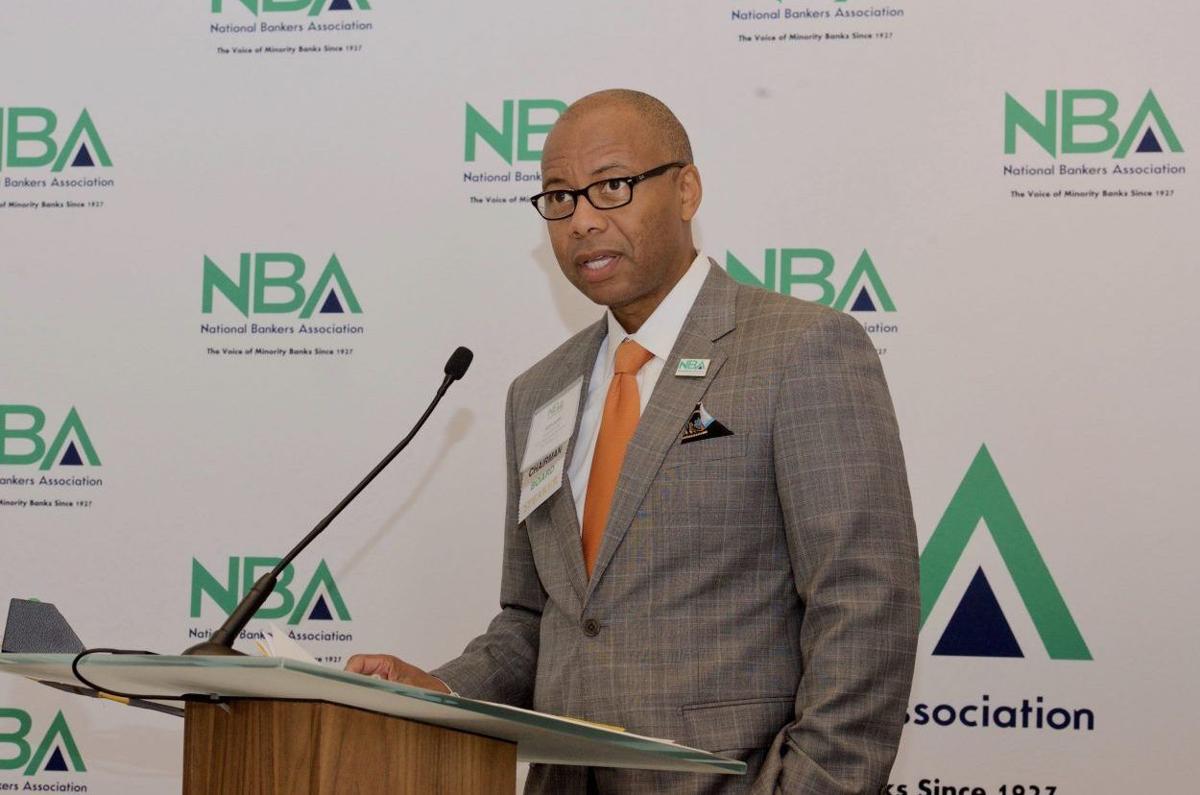 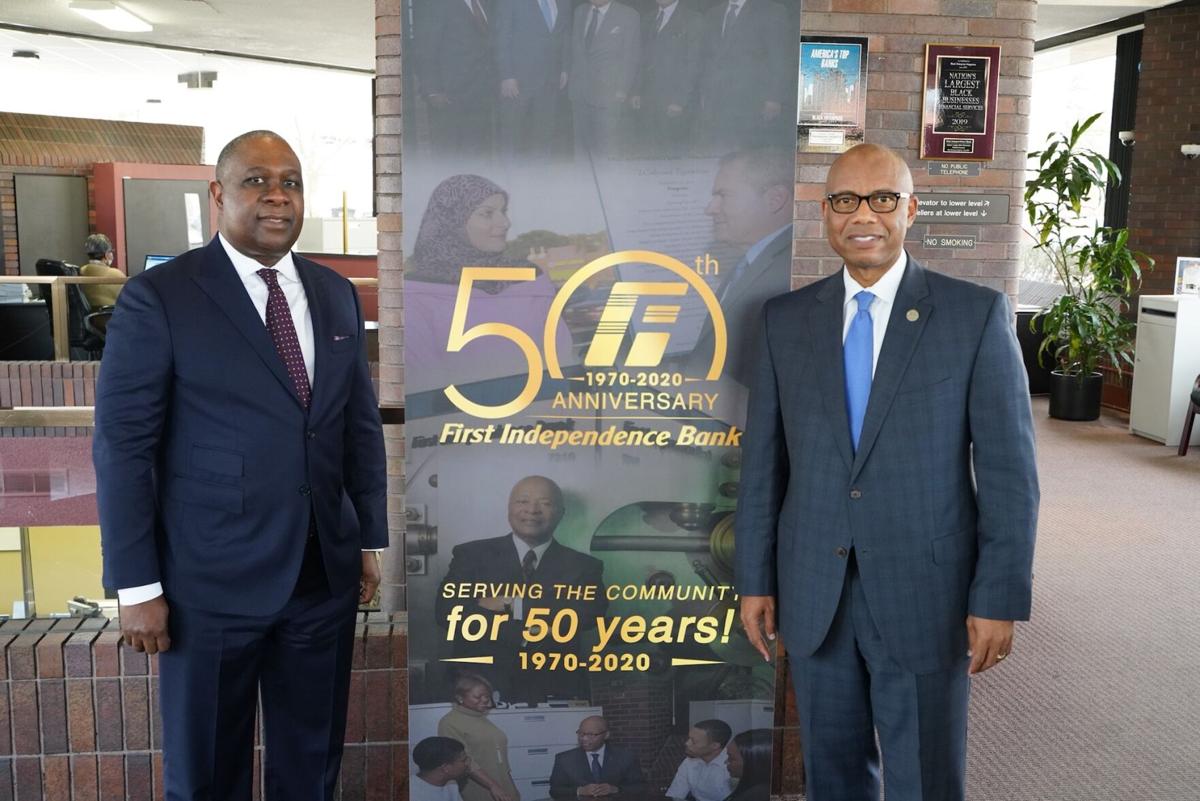 Detroit-based First Independence Bank, one of only 18 Black-owned full-service banks in the country, will open its first Twin Cities branch in November, becoming the only Black-owned and controlled bank in Minnesota.

First Independence Bank is the 7th largest Black-owned commercial bank in the United States. It offers a variety of banking services from managing accounts to personal loans, mortgages, consumer education and investments serving the financial needs its customers nationwide.

For First Independence Bank, the Twin Cities branch will be the 51-year-old enterprise’s first outside of its home state of Michigan. It will be located at 3430 University Ave. SE in Minneapolis. The location is a former bank branch that Wells Fargo has donated to Project for Pride in Living (PPL), which is working with First Independence Bank on its expansion into the market.

“We are fortunate to find a site on a major thoroughfare, making it accessible to the large cross-section of residents and businesses that a bank needs to be economically viable,” First Independence Bank chairman and CEO Kenneth Kelly said.

“Being on a light rail line and a bus route is a plus for the under-resourced communities we hope to serve, particularly the Black community. Also a plus is the opportunity to be part of an established commercial area with few nearby banking options,” said Kelly. He said the site also has a drive-through for added convenience, and space to host education sessions and community gatherings.

First Independence Bank emerged from the mid-60’s rebellions that set Detroit and the nation ablaze in protest of police brutality and institutional racism.  Now, a similar disruption protesting economic and cultural marginalization is emerging in the wake of the murder of George Floyd, which ignited protests that cost millions in damages to business and public facilities last year here in Twin Cities.

“Our story really started in 1967 in Detroit with the riots and the the rebellion based on police brutality. The leaders in the market decided we needed to have an economic engine to really push our own destiny economically. And they created this bank. So we've been in existence now for 51 years and hope to parlay some of the infrastructure and the learnings over those 51 years into the Minneapolis market,” Kelly said.

“At one point there were 70 Black banks in this country. As recent as 2001, there were 48 African-American controlled and owned banks Today we have 18,” said Kelly. “So what it says is we've got to figure out how to create the dollar in a manner that will support our efforts, whether that's banking, whether that's media, whether that's life insurance, et cetera. With the (barriers to) scaling of businesses and the lack of capital in the African-American community, many of our businesses have gone out of business. So what we're trying to do in the Minneapolis market is create a spark. We know that bankers are beacons of hope.  Hopefully we can harness some energy from an economic perspective that could help African-Americans and other unrepresented minorities.”

“This is a topic we need to talk more about. Sometimes when you are just surviving, you're embarrassed to talk about money. But I think collectively the African-American community could certainly be well-served by making this a cornerstone of our dinner table discussions, and in front of the TV discussions, and in our internet discussions.  We need to have this conversation more often. We know that money in a capitalistic society is the oxygen that supports us,” Kelly said.

Greg Cunningham, vice president for global inclusion and diversity at U.S. Bank, provided background that led to the First Independence Bank expansion into Twin Cities. He said, “There was a time in this country when the Black leadership met on an annual basis to talk about our shared agenda and how we could move forward together. And what struck me as really critical, in the wake of George Floyd's murder, was that we needed to catalyze bringing folks together around a shared agenda.  Guided by the clarity of the moment, a number of us got together to create this alliance to do three things: 1. Create a shared agenda; 2. Make sure that we were committed for the long-term; and 3. Make sure that it was Black-centered in its design.”

The opportunity to expand into Minnesota, Kelly said, reflected “relationships that kind of naturally evolve because there were leaders in your market who said, ‘let's put our brands on the shelf and find a way to work together for the betterment of those who are less fortunate in our community, in particularly the African-American community.’”

As a result, five banks in the Twin Cities — Bank of America, Bremer Bank, Huntington Bank, U.S. Bank and Wells Fargo — are collaborating with First Independence Bank providing capital, research, marketing and other services to assure its start-up and long-term success.

“Each of our companies has doubled down on investments in racial equity within our own organizations and the communities we serve over the past year,” said Tim Welsh, vice chair, U.S. Bank consumer and business banking. “The events of that year also showed us the value of thinking and acting differently. So, we asked ourselves what could we do, working together, beyond what we were doing on our own? Helping to support an established, Black-owned bank’s expansion into this region rose to the top of the list.”

Kelly said First Independence Bank’s decision to open in the Twin Cities came easily after discussions that began in April with several Black business, religious, nonprofit and other community leaders in the region.

“Since First Independence Bank prioritizes services to the Black community and under-resourced businesses and individuals, it was important to me to listen to these leaders about what the community needs and how the bank could make a difference. They welcomed me generously and offered important guidance,” said Kelly.

As a result, housing will be a major focus for First Independence Bank in the Twin Cities. “Our innovative home loan programs will help reduce one of the largest disparities in the country between Black and white homeowners,” Kelly said.

The branch also will offer customers ATM and debit card use at any Huntington and Wells Fargo ATM location with no ATM service fee, a loan program to help establish a credit score or repair personal credit, virtual financial education sessions, and more.

Laurie Nordquist, Wells Fargo’s regional president, said “…the case is clear. Black households are more than five times more likely than white households to be unbanked. We need to continue our efforts for outreach and inclusion while also supporting a Black-owned bank. This is not an ‘either-or’ proposition—it’s a ‘both-and’ proposition. Supporting a bank like First Independence Bank, with its history and know-how, is part of the change we are collectively working to make in the financial services ecosystem,”

Wells Fargo earlier this year made an equity investment in First Independence Bank.

Jeanne Crain, president and CEO of Bremer Financial said, “Although Black-owned businesses exist in many industry sectors in the Twin Cities, the region lacks an established, Black-owned bank. First Independence Bank is able to tap into a Community Development Financial Institution (CDFI) special CDFI Fund that allows for more favorable lending rates to individuals and businesses in low-income areas. That’s a gap that First Independence Bank is uniquely able to help fill.”

Prior to its merger with Huntington, TCF and First Independence Bank had a partnership in Detroit, which continues today under the Huntington name.

U.S. Bank has worked with First Independence Bank through the Federal Treasury Mentor-Protégé Program since 2019.

“The First Independence Bank branch also will be a point of pride for the entire region,” said Katie Simpson, Bank of America Minneapolis/Saint Paul president. “Of more than 5,000 banking institutions in the U.S., only 18 are Black-owned — down from 48 in 2001. Few metro areas can say that a Black-owned bank is part of their community. Now the Twin Cities will be one of them.”

Bank of America provided a low-cost deposit to expand lending and made an equity investment in First Independence Bank in 2020.