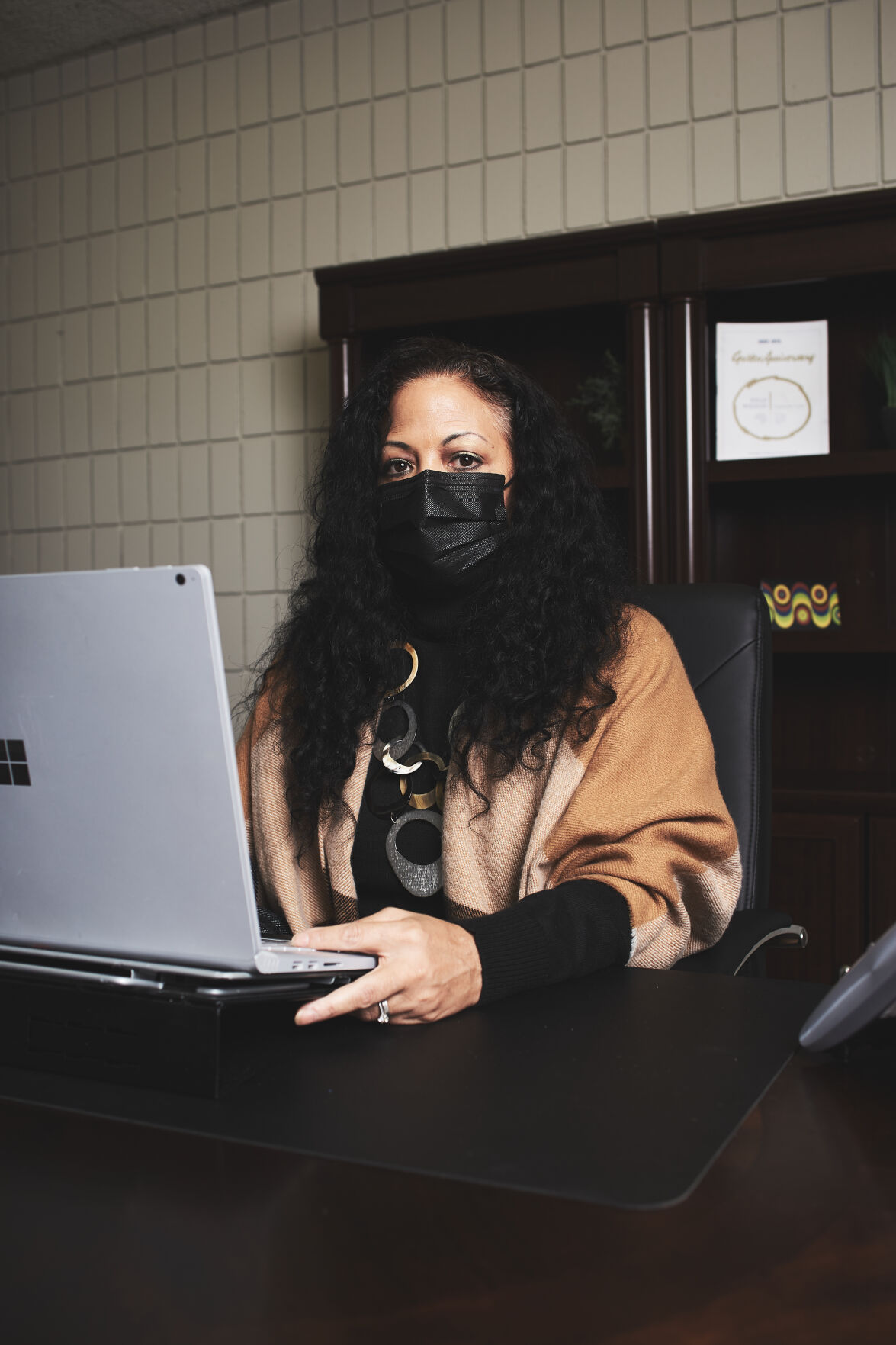 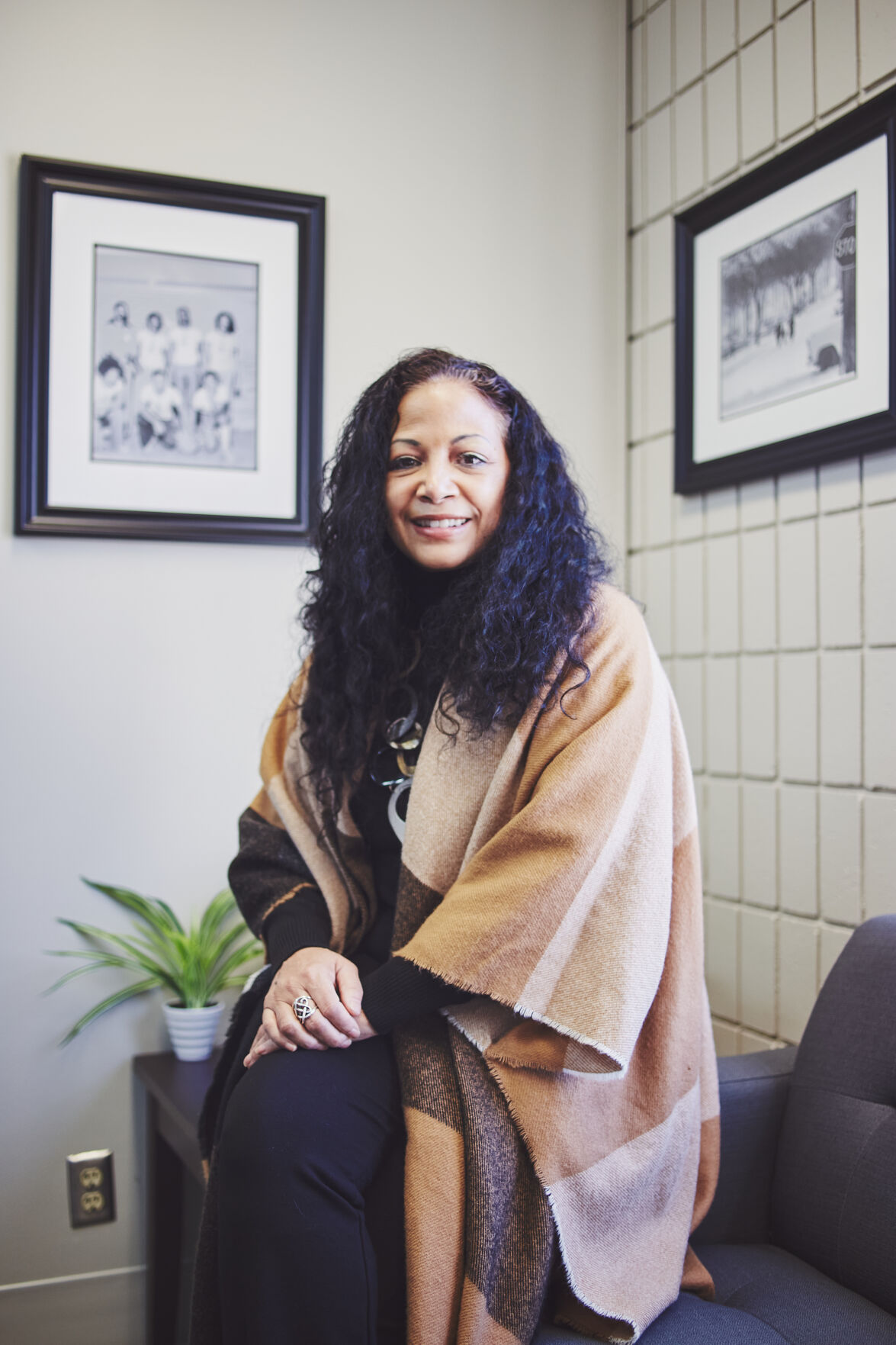 Suzanne Burks is a business developer, an innovative thinker and a philanthropic strategist. She's also a relationship builder. She began her career right here in Twin Cities with General Mills and over a 20-year period, worked her way up from a summer intern through a variety of positions of increasing responsibility, emerging as a director of General Mills Foundation and as executive director of ethnic community relations.

She's now back in town to lead the legacy institution, Phyllis Wheatley Community Center (PWCC). Her goal: rebuild and rebrand, moving the organization forward with a new strategic direction by introducing new program initiatives and at the same time, honoring the power of longevity and legacy by planning PWCC’s 100th Anniversary.

Here are excerpts of my interview with her in late October:

Elijah Cummings was my congressman when I lived in Columbia, Maryland. He said, ‘We're better than this.’ I think the fact that people elected Joe Biden and Kamala Harris demonstrates that we want to be better than what we have been at least the last five years.

We lost John Lewis, too, but the Congressional Black Caucus actually picked up a couple new members. They're almost at 50 now.

The one thing I think their legacy says is we have to have the right politics and policies at the federal level. But it is also so important that we focus on the local level, and that we have people running for school board and city council.

I did a lot of work with Stacey Abrams when she was running for Georgia governor. We actually started a Black women's Political Action Committee (PAC), because of the fact that she was running.  There were several Black women's PACs that were established at that time because you have to do that work, and you have to raise money. You had a confluence of Black Lives Matter, Color of Change and other organizations that came together to help organize. That was a big deal. It wasn't just educating people on their rights to vote, but they actually registered people. They made sure people got out to vote and I think we saw the results of that. But we lost a lot of seats on the Democratic side that we should have kept. And a lot of that's around the Democratic Party not really understanding that yes, we might believe in a lot of the same things, but in certain districts you cannot be too liberal and certain ones can't be too moderate.

So you have to really understand what are the requirements in those particular districts and I'm hoping that going forward, that we'll be able to pick up some seats in the next couple years with understanding that strategy. For us to really change things, we've got to raise money.

But what's the alternative to defunding to police? Words matter.

I went to a meeting with the chief of police at Zion Baptist Church last Tuesday. And the whole idea is so that the chief can give people in the community that want to come in update on all the things that are going on. So we have had almost 1200 shootings this year, we've had almost... we've had 40 deaths and 573 injured from gunshots.

Keep that in mind, City Council reduced his budget by $625,000  to fund some artwork in South Minneapolis. But the department is down 200 police officers. I'm just like, what are these people doing? Part of what we have to do is just be honest about what's going on. No matter what the relationships are, sometimes people get in positions too soon. That's not a legacy position to be... I just don't believe that. You get to earn it no matter what. And you have to do what's right for whoever you're representing. And that goes for the city council, state rep, and the rest.

In the past, there was power because we came together and we had an agenda. We had people in corporations that had power and influence because of how money was managed, and who we could influence and change what happened in the community. That's very different now. Not only corporations but in foundations the people that are making these decisions now have very different agendas.

I would like to see us form a PAC, and be a part of these campaigns that are need money to run. We have to identify people who could really be good representatives at all levels, and make sure that they're trained, and make sure that they're equipped. Because if you connect them with the right organizations, they will actually help with all of that, the organizing the fundraising, the setting up websites, all of that kind of thing. And the other is to really have a political agenda and then stay with it whoever you're talking with. North Minneapolis still has a lot of needs. "What are those needs?" And we got to stay with it and keep making sure that we're getting a response and support.

In 1955, a woman named Katherine Parson gifted us a camp that's 106 acres and it's in Carver County, which is west of the Twin Cities. So we're going to be looking at doing some things at the camp this coming year as well.

We're going to try to bring back a lot of the rich history of truly bringing the community together. Obviously, with COVID, doing things in person is going to be more difficult.

One of the things we're focusing in on is health and racial equity. And a lot of it's around our whole health, our whole environment, what we eat, everything related to that, and then looking at where the inequities are.

We have launched a digital tech works academy and part of that is a program that we're partnering with Microsoft and the newly formed chapter of the 100 Black Men of the Twin Cities. It features a 12 week program for young Black men 12 to 17. We will teach life skills, including financial literacy,and  understanding how to cope with what's going on now. And then we're going to also introduce coding and a number of other more technical skill related activities, like robotics. Ay the end of that program, we will create a video gaming league and so we're partnered with Microsoft on those two things.

We also provide adult services and we provide trauma services to young boys. We're going to also build more things on the other side of the ledger around youth development and bringing community together.

What I'm trying to do is reimagine community. The community I left and the community that came back to are very different. I need to figure out what would our role be in collaboration with others  to build back a vibrant and wonderful community like it used to be.

“Well, how we all got up to Minnesota is my grandfather was a porter on the railroad. He stayed at Phyllis Wheatley, the settlement house. and then he ended up getting a chicken farm. He had restaurants and then he had the Cozy Bar, the highway took his bar. He worked with the then vice president Humphrey to help get his liquor license transferred and five acres of land right on the Mississippi for $1, which he obviously took. He built the Riverview Supper Club. So Jimmy Fuller Sr. was my grandfather, and my father Jimmy Fuller, Jr. still lives right here in North Minneapolis.

So they're one of the reasons why I came back. I have two adult children. They have both moved back now and one works for the Department of Health Minnesota Department of Health, and my son Philip works for Microsoft... and is with me, I'm sorry. And the other's My Mother, Lou Fuller. She passed away in 2000. She was the first director of Minority Health for the state of Minnesota

What do we need in our community? How do we bring everybody together to do that? Because right now, we're having the same conversation that folks had when this Itasca group was started. There was another group that just was started, I got pulled into it literally my second day here. I went to this meeting, over 10 corporate CEOs, say they want to do something because of George Floyd. Where are they now? You know why? Because we haven't come together, we haven't done our work to put together a plan of what's needed. We all know housing, I have so many clients come here, they're homeless. And so I said, "Well, what are we going to do about the housing? Should we go out and then get an apartment building?" I mean I don't know. I'm not saying I have the answers but what I am saying is that I think it's healthy to have these kind of dialogues, but I think at the end of the day if we keep having these dialogues, nothing's going to change.