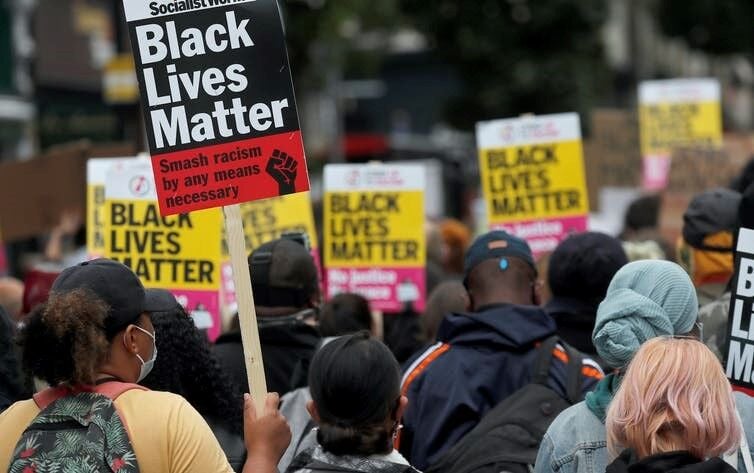 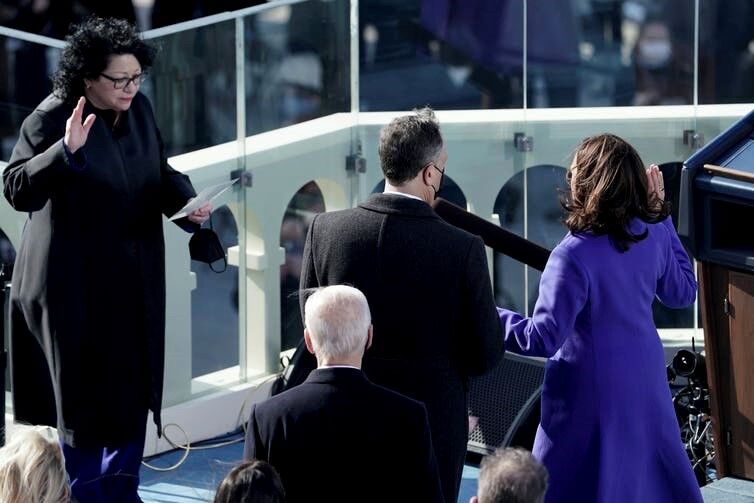 President Joe Biden committed the U.S. government to racial equity by issuing four executive orders on Jan. 26 that seek to curb systemic racism. In the orders, he cited the killing of George Floyd in 2020, which sparked months of protests and prompted many U.S. companies to likewise commit themselves – and hundreds of billions of dollars – to helping Black Americans overcome institutional discrimination.

Shortly after the protests began last year, we hosted a panel that addressed this very topic. Held on Juneteenth, the webinar featured four Black women – including one of us – who poignantly shared their own frequent encounters with racial bias in job interviews, shopping for clothes and even working with their peers.

A common question we got from the predominantly white audience was some variation on “How can I be an ally?” That is, a lot of people wanted to know what they can do as friends, colleagues and managers to support African Americans in overcoming ongoing discrimination and bias and achieving success.

This prompted us – business scholars with a keen interest in diversity, one white, one Black – to try to find an answer to these questions of how white people can support their Black colleagues. So we interviewed five successful Black professionals and the mostly white “allies” they said were instrumental to their achievements to see if we could find an antidote to racial bias in the workplace.

Analysis of the world, from experts

Three themes stood out from this ongoing research, which we plan to submit for peer review.

Racism often seems embedded in the fabric of Black people’s everyday lives. And it’s not just being treated differently by the police, which was the impetus for the 2020 protests.

Therefore, we sought to understand the small acts of resolute connection that could shift the tide toward greater justice and equity.

Using our own networks, we reached out to five Black professionals in a range of industries – financial services, packaged foods and sports management – who were all in executive roles in their organizations. We asked them to think of the individuals who were instrumental to their success and describe the specific support these people offered to help manage explicit or implicit moments of discrimination. Next, we interviewed the eight allies they identified – seven white, one Black.

These 13 in-depth interviews yielded key patterns about the simple ways to address racial bias that defy conventional wisdom. Unlike research that relies on surveys to get representative viewpoints, a qualitative approach allowed us to gain a richer, more comprehensive understanding of the factors and variables in these relationships that made them powerful.

Consistent with social exchange theory, we found that these relationships worked best when there was a partnership and both parties benefited.

People of color said they did not want to be objects of pity. Even the question “What can I do?” implies a power dynamic – someone in power reaching out to someone in need.

The people of color we spoke to found the strongest support when their allies recognized their talents and helped them apply these talents more effectively in the workplace. And that support was more authentic and trustworthy when both parties benefited from the relationship and learned from each other.

The Black professionals we interviewed said that they were already performing at a high level and trying to prove themselves invaluable, which made colleagues and managers who benefited from their efforts seek to promote them in the organization. The allies likewise said they supported Black workers because they saw their talent.

For example, one ally reported seeing that the dominant white macho culture in his organization did not appreciate his female Black colleague’s talent and was limiting her success. When he moved to a new company, as soon as he saw an opportunity he actively recruited her. The new role involved much more responsibility than her previous positions, but he convinced her that she could do it.

She told us that his ongoing support in the position encouraged her continued success. The relationship focused on talent, not pity, and benefited both parties.

These relationships were not careful or guarded; they were straightforward and honest.

Past research has found that white supervisors often avoid giving critical feedback to Black subordinates and peers out of a fear of being viewed as biased. Yet it can be more biased to say nothing. Avoiding difficult conversations can impede a young professional’s upward mobility.

People of color need advice from more experienced individuals on how to successfully navigate racism traps that may exist in the workplace. They might be unaware that some of their actions or approaches are being perceived negatively in the office. These difficult conversations can strengthen relationships.

For example, an ally observed that although it was difficult, she considered it a managerial responsibility to tell her Black colleague that he was not meeting her expectations. Another ally reported explaining to a junior Black colleague that proving you are right to a supervisor may not always be beneficial if it harms your long-term career prospects.

These difficult but honest conversations helped shape the person of color’s conduct and laid the foundation for lifelong trusting connections.

Connect outside of work

Finally, it made a big difference to the people of color we interviewed when an ally tried to get to know them better as a person, not only in terms of work.

People are more productive at work when they feel that colleagues see them with nuance – with unique passions, talents and interests – rather than pigeonholing or stereotyping them based on race or gender. It also becomes a lot easier to champion and advocate for someone you know well.

But as a result of real or perceived racial barriers, Black professionals often report feeling anxious during work-related social engagements, in part because they say they don’t understand the rules. Black and white professionals also tend to move in different social circles outside of work.

Our interviewees said a key antidote to this came when allies made an effort to connect outside of work. Whether over a cup of coffee or a home-cooked meal, these social encounters allowed relationships to flourish and stereotypes to diminish.

One white ally we interviewed reported realizing that she often had white colleagues to her home for dinner but had never invited a Black colleague. So when discussing her vacation plans – a seven-day chartered Alaskan fishing trip – with a Black woman who worked in the same office, she discovered her co-worker’s husband loved fishing and invited them on the trip, where they bonded and formed a friendship.

Doing this doesn’t require becoming friends. It only means closing the “psychological distance” that can separate people along racial lines at work.

Black people in the U.S. are faced with a world that can make them feel both empowered and vulnerable. Recent scenes at the U.S. Capitol just two weeks apart sum up this jarring narrative.

On Jan. 20, Kamala Harris took the oath of office on the Capitol steps as the first Black vice president – and only hours later swore in the first Black senator from Georgia. Contrast that with images exactly two weeks earlier of white supremacists storming that very same building.

Americans face great challenges on the road to a more inclusive society. To be sure, addressing institutional racism requires systematic interventions by companies and substantial policy changes by the government. But our research suggests they also could use something simpler from their colleagues, managers and other in their lives: genuine relationships.

Jennifer R. Joe, Ph.D., CPA, is the Whitney Family Endowed Professor of Accounting and Cohen Family Director of Diversity at the University of Delaware. She researches the role of auditors, data analytics, regulations, audit litigation and other governance mechanisms on the quality of corporate internal controls and financial reporting.

Wendy K. Smith is professor of Business and Leadership at University of Delaware. She seeks powerful integrative solutions to address our world's greatest challenges. As an academic, she studies, lectures and consults on the 'power of paradox' - how both/and approaches to conflicts and tensions can lead to creative, generative, and engaged solutions. Her work has been published in the Harvard Business Review, as well as leading academic journals. Wendy has offered keynotes and consulted with Fortune 500 companies, nonprofits, and social enterprises.

This article originally appeared on The Conversation and has been republished under a Creative Commons license.