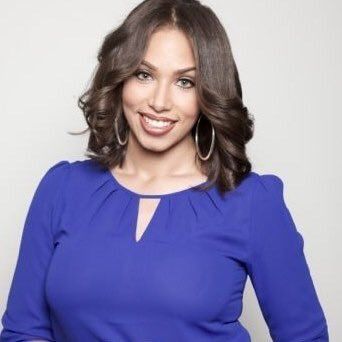 In 2017 Georgia Fort landed her dream role as a morning news anchor, but was let go after having a baby because she wasn’t eligible for maternity leave.  The 32-year-old media professional was devastated that one of the happiest moments in her personal life was coupled with one of the most crushing moments in her 10-year career. 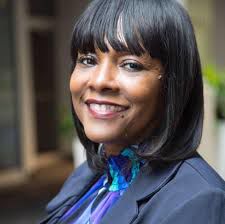 In 2017 Georgia Fort landed her dream role as a morning news anchor, but was let go after having a baby because she wasn’t eligible for maternity leave.  The 32-year-old media professional was devastated that one of the happiest moments in her personal life was coupled with one of the most crushing moments in her 10-year career.

Georgia Fort is an Emmy-nominated media professional with more than 10 years of experience in radio and public television.

In 2017 she landed her dream role as a morning news anchor, but was let go after having a baby because she wasn’t eligible for maternity leave.  The 32-year-old media professional was devastated that one of the happiest moments in her personal life was coupled with one of the most crushing moments in her 10-year career. Fort rebounded professionally with a job working in local government. After finding out she was pregnant with her youngest daughter, she learned once again that she would be ineligible for maternity leave because of the “temporary” classification of her position.

Women like Yhante Williams have also had children only to find out that there was no job to return to after giving birth.

“My employer promised to retain my position after I returned from maternity leave, this was an empty promise,” said Williams.

Although many women like Fort and Williams felt like they were being discriminated against for having children, the reality is that terminations of this nature are considered legal under the Pregnancy Discrimination Act of 1978 (PDA). The Pregnancy Discrimination Act of 1978 provides support for mothers who are discriminated against “on the basis of pregnancy, childbirth, or other related medical conditions” but does not provide protection for women who are deemed ineligible for maternity leave. Realizing there was nothing legally she could do to protect her job in her unique circumstances, Fort set her eyes out on changing the law.

For daycare providers six weeks is also considered a minimum, as infants under the age of six weeks aren’t permitted to be enrolled. This is yet another conundrum for the working mother whose job may require her to return to work sooner than what daycares will allow.

“When it is illegal in the State of Minnesota to separate a kitten or a puppy before eight weeks of age it’s absurd that we are even setting this bar at six weeks,” said business owner, Sarah Long Piepenburg.

Fort testified to the House explaining how the current laws are not only barriers to families but to corporations.

“Providing adequate time off will not only improve health outcomes from a labor standpoint, but it will improve retention,” human resources expert Riia O’Donnell published in a blog on Workfest explaining that maternity leave benefits employers because it improves morale, supports productivity, company loyalty, and enhances the presentation of companies during recruitment.

One of the biggest pushes for accessible maternity leave comes from a necessity to improve public health outcomes for birthing mothers. According to the Centers for Disease Control and Prevention, Black, Native-American and Alaska Native women are two to three times more likely to die from pregnancy related complications than white women. Non-white women who are not given adequate time to recover from birth face health outcomes that could lead to re-hospitalization, hypertension, hemorrhaging and even death.

This is why Fort is pushing to end the public pressure of women to return to work immediately after giving birth. For her, the issue of maternity leave ineligibility goes beyond the loss of employment. For some women improper recovery from childbirth due to immediately returning to work could result in health complications and even the loss of life.

On March 4 Fort testified on behalf of HF3073 to make maternity leave more accessible in Minnesota. The bill passed unanimously in the House and will now be re-presented to the Jobs and Economic Development Finance Division to approve its modified language. As it is currently written, the bill will mandate that employers in the state must grant an unpaid leave of absence for employees who are pregnant, have just given birth or just adopted a child. The length of the leave can be determined by the employee for up to 12 weeks unless an extension has been agreed upon by the employer. The bill also gives special considerations to female employees who may become unable to work due to pregnancy, childbirth or other related medical conditions. It is unclear when the bill will proceed due to the state’s “shelter-in-place” order.

Fort plans to continue supporting Moran in pushing the bill forward as soon as the shelter-in-place is lifted so that other mothers can exercise their right to have a family without the strain or stress of maternity leave ineligibility.