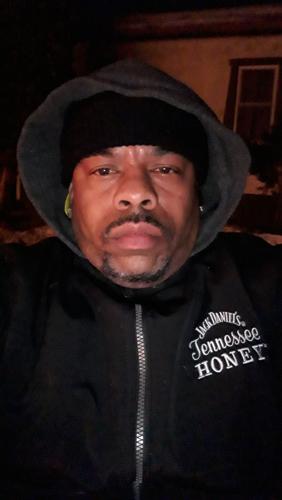 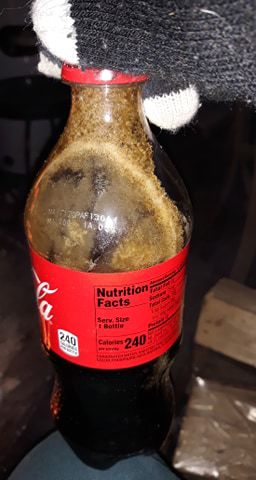 Within an hour the Coke had begun to freeze 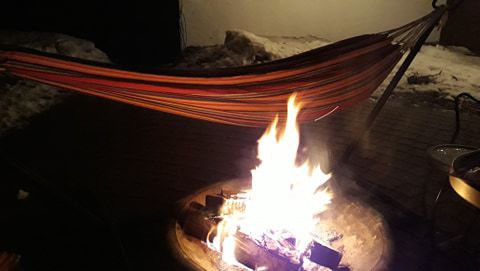 Within an hour the Coke had begun to freeze

I only lasted five hours.

I didn’t think my adventure would be easy, but I wholeheartedly believed I would last throughout the night and into the morning. Technically, I did make it until morning … 2:05 a.m. to be exact.

On the brisk evening of Feb. 28, at 9 p.m., I set up camp in my backyard with the intention of spending 12 hours outdoors. The effort was to bring attention to the plight of homelessness in America and in Minnesota. It wasn’t a part of an organized event or movement, just one person’s attempt to shed light on the subject. Off and on, I’d been talking about doing it for years. For me, the issue is personal. Finally, I mustered up the grit to do it. I just didn’t have the grit to complete the task.

I didn’t have the grit or the proper insulation on my feet.

I had been checking the weather forecast for days and initially, I was going to spend the night outside on Saturday into Sunday morning, but the weather pattern was set to break and there was a significant warm-up starting Saturday. I didn’t want to wait ‘til it was “warm” to spend the evening outdoors. For the 40,000-plus Minnesotans who experience homelessness within a year – up to 15,000 on a given night – they don’t get to pick and choose what days are best to be out on the streets. Friday evening’s forecast called for temps to dip into to mid-teens. With the windchill, it touched the single digits.

I love to grill and I’m a cigar smoker and I don’t smoke in the house. Often I’m outside in less than desirable temperatures plying my craft on the grill or enjoying a cigar and whiskey. To stave off cold I layer up and stay stocked on wood to burn. At the start of this winter’s season I added a propane heater to my arsenal. I figured I’d hardened enough and had the accessories to brave a full 12 hours outside. In many ways I was right. In many, many ways I was dead wrong.

In 2013 (the most recent year I could find such a statistic), according to a Star Tribune article, there were 26 exposure related deaths in the state. I’m sure most believed they could make it through the night. Unfortunately, many had been making it through the night for night upon night until the one night they didn’t.

Throughout the day I was mentally readying myself for the adventure. When the time came I put on a pair of thermal underwear, a pair of winter socks with another pair over them. Over the socks and thermals, I put on sweatpants. For my upper body I had a shirt, hoodie, and a jacket. I took another heavier coat but didn’t put it on until I felt necessary. On my head I had a do-rag and knit cap. I had two pairs of gloves; one knit and one of the more weatherproof material. I brought with me a blanket that had been plenty warm for previous outings and I set-up a hammock in which to sleep.

I packed a grocery bag of “essentials” – water, chips, Advil, eye drops, a Snickers bar, a couple of pouches of almonds, a lighter, three fire starters, a portable speaker to pair with my phone, a cigar, a Coke and a flask of Jack Daniel’s. Like I said, the essentials. I knew I was in for a long night and I wanted to be as comfortable as possible.

Almost immediately I was regretting my decision to choose the colder night. Though not overly windy, the wind was enough to bring a different type chill to the air and the fire I started was constantly blowing smoke in my face and eyes.

I placed my coat and blanket in the hammock to keep “warm” and to save for when I could no longer bear the temperatures. For the first hour I was doing OK. The warmth of the fire and the Jack provided temporary relief, but I couldn’t find a way to get my feet to warm. I tried putting them under the firepit; on the firepit, but it wasn’t helping. I was going to go walking in an attempt to bring warmth, but I got an alert on my Citizen app that cops were in the area looking for a suspect who had just assaulted someone so I thought better of venturing out in my hoodie and do-rag and cap. Instead I sat near the fire and listened to music. I knew I needed to stay hydrated so I was drinking water intermittently between Jack and Coke, but with hydration came another problem. I had to relieve myself … often. I found one of my dog’s favorite trees and, well …

To offer an idea as to how cold it was, within an hour my water and Coke had both begun to freeze.

By midnight my girlfriend came outside to check on me and brought me a cup of hot tea. That was the best tea I had ever had. The warmth from the mug and the gesture itself provided enough comfort to continue on. But, of course with the tea came, once again, the need for relief. I wore a serious path from the fire to the tree.

While my feet were freezing, I was doing OK otherwise. I had pulled up the hood on my hoodie and put on the extra coat, which by the way, was ice cold. I figured if I got in the hammock I could take my feet off the ground and that would provide a bit of relief. It didn’t. My girlfriend had brought another blanket out and I decided it was best used as a hammock liner because the hammock itself was cold. So I’m wrapped in the hammock – a blanket on bottom, a blanket on top – with two coats, a hoodie, sweats thermal underwear, two pairs of socks, shoes, a firepit burning and an outdoor heater lit and I am freezing … literally.

Homelessness is something for which no one plans. The contributing factors can be many. The lack of affordable housing is one. According to Rent Café, the average rent in Minneapolis is $1,594 a month and $1,301 a month in St. Paul. In Minneapolis only 1 percent of units rent for less than $700 a month and 16 percent between $701 – $1,000. In St. Paul “affordable” housing in a bit more abundant with 2 percent of units at $700 a month or less and 28 percent between $701 – $1,000. But what’s affordable to some is far from for others.

While the median yearly household income in the state was an admirable $70,315 in 2018, for Black households in Minnesota the median income in was $38,000 according to the U.S. Census. Certainly, poverty is not ethnically exclusive, but it is disproportionate. It is also shameful considering we call ourselves a so-called civilized society. Ask the 355,000-plus whites Minnesotans if poverty discriminates and they will tell you no. But ask the 100,400-plus Black Minnesotans living in poverty and they will almost certainly tell you discrimination is a contributing factor to their economic condition.

It is 1:30 a.m. and am trying to get warm. I’m in the hammock but I don’t want to go to sleep. I’m afraid if I go to sleep I’ll freeze to death. Besides, sleep is hard to come by when there’s rustling in the alley and the occasional siren going off. I tried to position my sleeping quarters as close to the fire as possible without coming in contact with the flames. By this time my feet are numb and I can’t take it anymore.

Defeated, at 2:05 a.m. I gathered my belongings and hurried inside. I plopped on the couch and almost immediately fell asleep. I was sleep for two hours when my dog woke me up. He was sleeping on the couch with me and I appreciated the body heat. When I awakened my feet were still freezing. Fearing mild frostbite, I decided to take a shower to warm my body. My feet remained slightly numb throughout the next day.

I only lasted five hours.