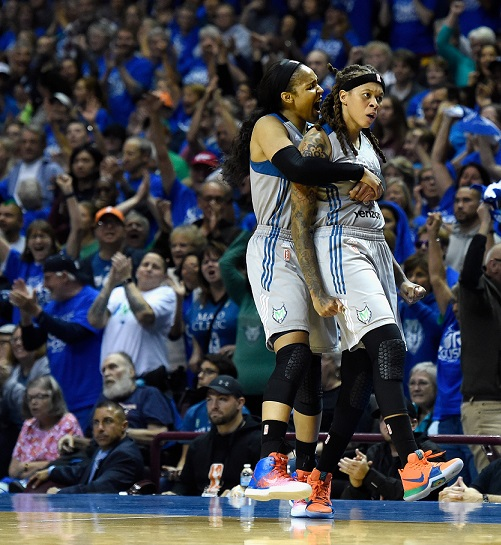 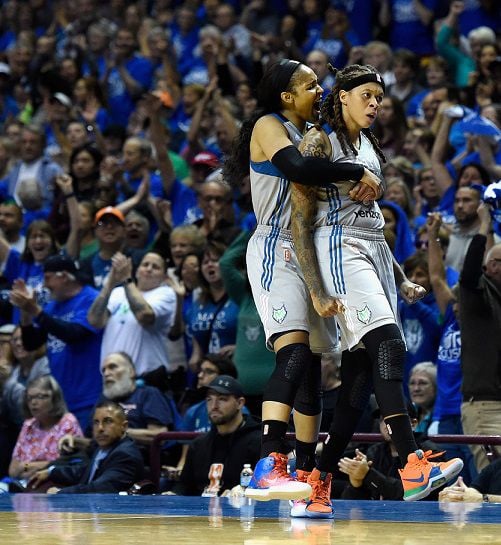 Lynx defense helped tie the series at a game apiece

After a disappointing loss for the Minnesota Lynx in Game One of the WNBA Finals against the Los Angeles Sparks, the Lynx displayed a sense of urgency, not wanting to be down two games in a best of five series with Game Three in hostile territory.

This was evident as the Lynx came out of the gate fired up with hometown player Lindsay Whalen setting the tone early in the first quarter on their way to a 70-68 victory at Williams Arena. Whalen, who stared at Williams during her University of Minnesota days, scored the Lynx first basket and triggered a fast-paced game for the Lynx on both ends of the floor. While Whalen pushed the ball, MVP Sylvia Fowles grabbed some early rebounds and got quick put backs under the rim. Rebekkah Brunson let her presence be known with her first few baskets in the first quarter and a crowd-pleasing block. The Lynx were determined to turn things around from game one ending the first quarter of the second Finals game ahead 28-10.

The Lynx played a stifling defense, causing the Sparks back-to-back turnovers late in second quarter. But the Sparks didn’t back down; namely Odyssey Sims, Nneka Ogwumike and Chelsea Gray. Sims hit a key three-point shot in the second quarter in an effort to fight back in the game. Shockingly, Sparks forward Candace Parker had zero points going into halftime as they trailed by 19 points with a halftime score of 45-26.

Coming out of the half, the Lynx showed no mercy with their aggressive defensive play. That defense led to offense as Seimone Augustus capitalized off a deflection hitting a key jumper early in the third quarter. Brunson continued attacking the basket and finishing strong layups to increase the Lynx lead. The Sparks hung on strong to keep the game within reach. They found some holes in the Lynx defense, which lead to quick layups. Parker also arrived in the third quarter, scoring her first points, but the Sparks competitive play was matched by the Lynx who refused to relinquish their lead.

With each made Lynx basket, the crowd roared, creating more excitement in the “Barn.” Whalen got the fans on their feet in the third after she drove hard to the basket for a bucket and a foul.

Fans chanted, “Beat L.A.” as the fourth quarter got started and Maya Moore was intent on doing just that with her pull-up jumper from the elbow to stretch the Lynx lead. Fowles continued to work the paint all night battling for position and snatching down rebounds. She ended the game with a WNBA Finals record, 17 rebounds.

“That’s what she (Fowles) is capable of,” said Lynx Head Coach Cheryl Reeve.

As the clocked wound down in the fourth quarter, the Sparks edged closer, coming within a basket of taking the lead.

“No lead is safe and you are never out of the game,” said Parker.

Brunson had 12 points, Fowles 13 points and Augustus 11 in the victory. For L.A., Parker ended the game with 17 points after being shut out the entire first half. Ogwumike had 11 points and 13 rebounds in the loss.

“We were a much better defensive team and that is what got us the win,” said Reeve.