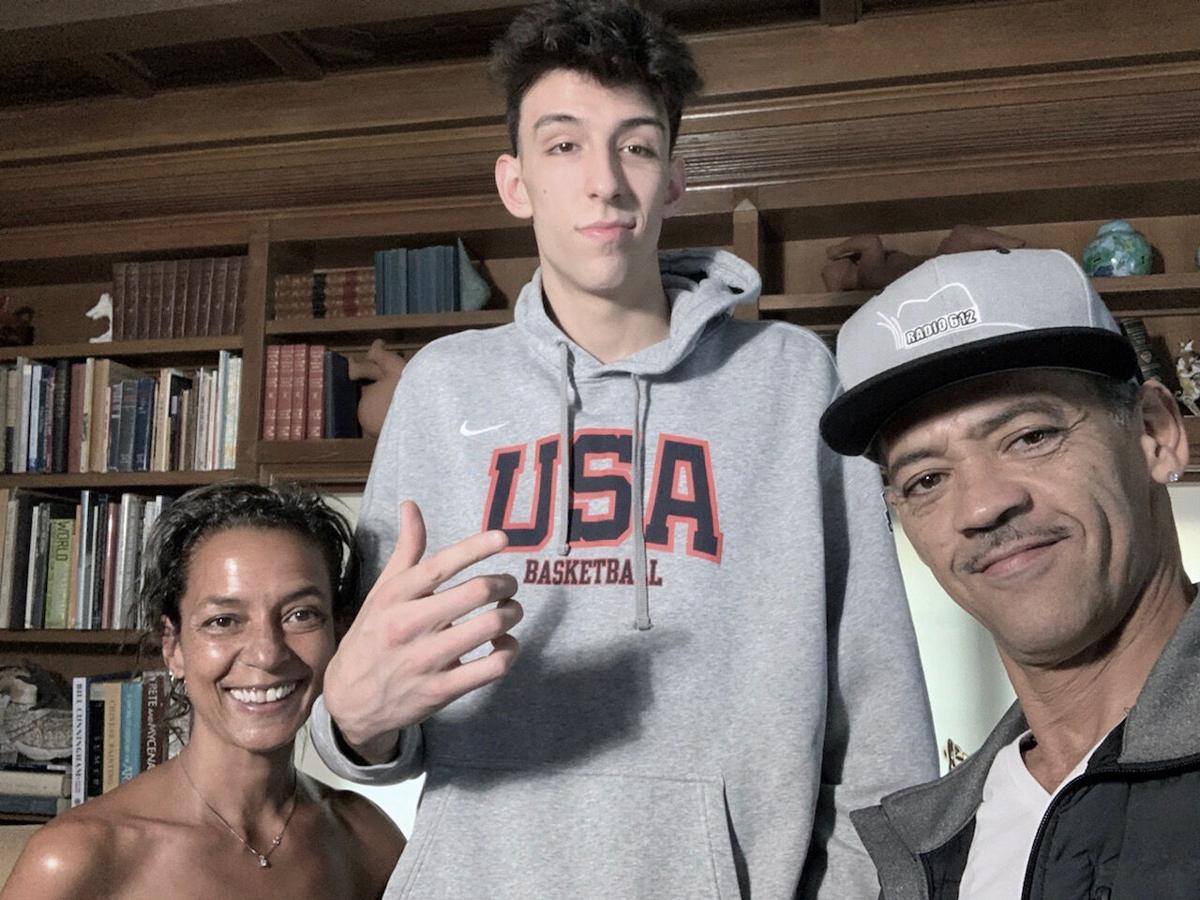 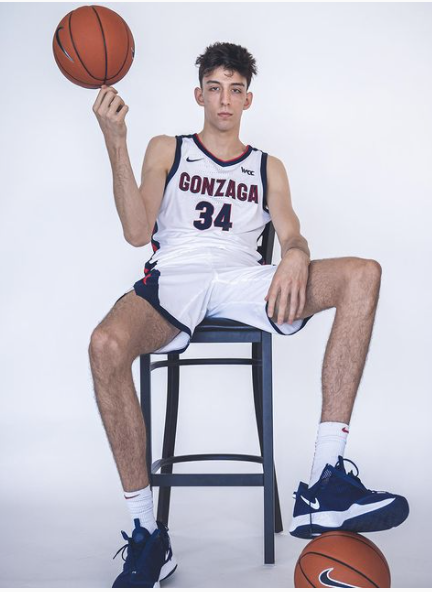 away from going away to college. “Winding down my time in Minnesota,” the clearly

exhausted Gonzaga Freshman states describing the family room stacked with boxes almost to the ceiling ready to make the journey to The Evergreen State. And by boxes… we mean SHOE boxes. “I’m ready to go.” Holmgren, who is strikingly poised for his age, talked with Radio612/Insight News about his career thus far, being a freshman in college and what the future holds for this burgeoning NBA star who, in the beginning, did NOT want to play basketball.

“At first I didn’t really want to play too much. My Dad introduced me to it, and after convincing

me to pick it up, I just ran with it.” Holmgren admits he had challenges just like everyone else, but the biggest came in 8th grade when he grew over 6 inches. “My body had to catch up to how much I was growing,” which included literal growing pains and physical therapy which he admits was hard work. On finding a legitimate place on the court “there were different steps to that over the years,” Chet says about being an 8th grader on the varsity team craving more time on the court. It wasn’t until he was a freshman that his work “continually improving his game” made an impact. “Everything came together that year. I took that leap and went to dominating high school basketball and dominating AAU. Thats when I felt like I really belonged.” In his sophomore season, Holmgren averaged 18.6 points and 11.0 rebounds per game and led the Red Hawks to a Class 2A state title.

Being one of the most versatile high school players ever seen on a basketball court, his game; protecting the rock, protection literally above the rim, skills of a seasoned point guard and shooting three pointers has become his very personal game, and one he is happy to play although such versatility is unheard of for the guy in the middle. He has been compared to LeBron James, Kobe Bryant and Minnesota Timberwolves Karl-Anthony Towns. Recruiters, analysts and fans have said that Holmgren is not only the best shot-blocker in the country, but quite possibly the best shot-blocker ever.

Having been teased as a youth, Chet has overcome the comments about his size and has constantly had to prove himself on and off the basketball court to naysayers. He’s been called a bag of rocks and comments about his 7’1” frame not being strong enough for college ball or the NBA are all over the internet. He has also had his share of haters and trolls online, but he shrugs those comments off: “You know, people are going to say what they want to say… they are entitiled to their own opinion. I feel more pity than anger.” As a white player, he dealt with colorism and viciousness as the only white kid on the team for a few years until his buddy joined the team at Minenehaha Academy. Acknowledging the diversity of the Minnehaha basketball program in later years, “(the team) didn’t see all that, were just teammates.” He was, however, referred to at one time as “weak a** white boy” which he acknowledges with a laugh. “It wasn’t because I was white, it was because I wasn’t that good. It’s more about your abilitity on the court, then what skin color you are.”

Even in the most adverse moments, this remarkble teenager has chosen to take the high road embracing and empowering himself as a son, brother, grandson, human and basketball player, often having kids and adults comment on how his story has been a positive influence in their experiences. As for being so recognizable and having an impact on so many lives  and his every move being analyzed by hundreds of thousands of followers on social media, Holmgren says there is an obligation that comes with celebrity and that it’s important to give back, only feeling “famous” when hes out in public. “I’m still regular me to me and my friends.” At home, where he says he can “throw down” on his specialty dishes of fried shrimp and grilled salmon, “there is no special treatment” from his parents, two sisters and Grandmother with chores to do including dishes and trash removal. “But I move tomorrow so that ends now.”

Having seven different schools to choose from, Holmgren professes there was a lot that went in the process of choosing a program that best fit his needs academically and college lifestyle.

“Researching the different options… I worked with my family, but at the end of the day, I have to live with the decision. It’s my choice.” Long time teammate and friend Jalen Suggs was also intricate in the decision process as well. “(Suggs) definitely affected the process. (Gonzaga) got a early look at me when they were recruiting Jalen,” and while Suggs embarked on his first year of college, “I continued to talk to him about (student life) and he told me what i needed to hear (to make a final decision.)”   Chet has yet to nail down what he’d like to study saying, “anything can change… it’s still early,” but business and sports management are on the top of his list. “Im going to figure it out.”

There is no question that this young man will have made moves in the NBA in 5 years. He smiles at the mention of a championship, MVP, and being an All Star, but has no inclination on whether or not his NBA career will lead him back to Minnesota. “I dont get to pick. At least not in the near future. We’re going to roll with the punches there.” As for long term plans after basketball, Holmgren is focused on the right now. “I’m here where my feet are. (Being 40 years old) is too far into the future to worry about.”

Just days prior to this interview, Holmgren was named the Gatorade Player Of The Year. Of the “few” accolades he’s received he says; “(I’m) always thankful for them,” but while gazing over to the Naismith, Wooten, Mr. Basketball and Gatorade trophys on the nearby table, the physical manifestation of the highlights of his career that he “didn’t plan for,” shows warmly on his face. “Whatever people are saying, whether its praise or a knock against me, I don’t really pay much attention to that. I just try to go out, play my game and get better every day.”

Post Script: After moving in at Gonzaga, Holmgren traveled to TCU June 20-22 for the goal of making the 12-member roster that will represent the USA at the 2021 FIBA U19 World Cup in Riga, Latvia (at the time of publication, it was not determined that Holmgren made the team). Having never traveled to Europe, Holmgren expressed subdued excitement about being overseas and the experience of playing internationally. “It’ll be fun.”