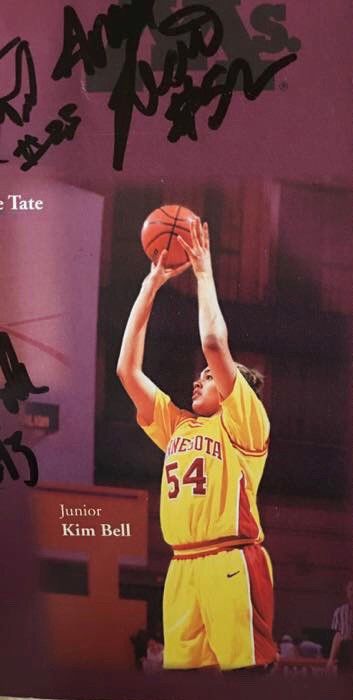 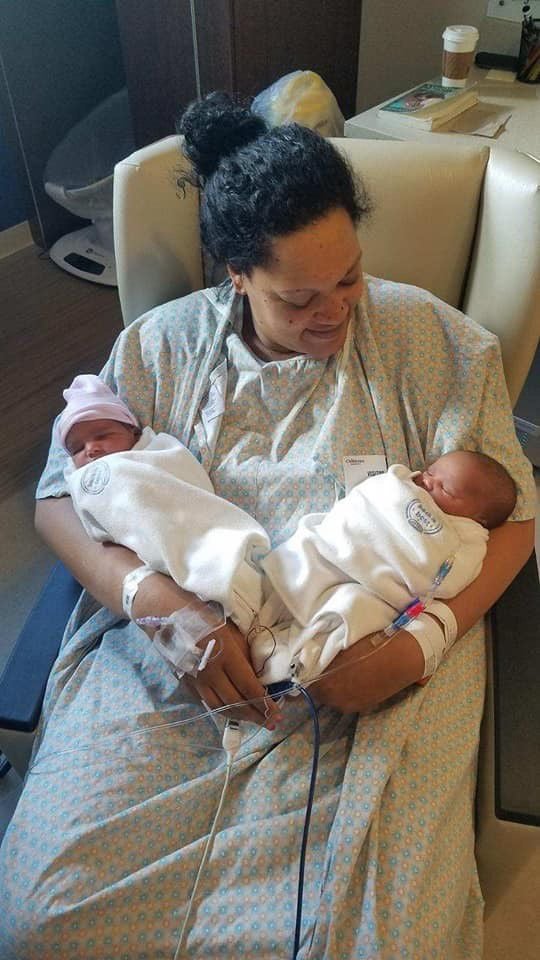 Giving birth is one of the most magical moments in life. But when you slam dunk and bring twins into the world, it’s double magic.

On October 8, 2019, Kimberly Bell, a 6’7 former player for the University of Minnesota’s Lady Gophers (No. 54) delivered Saige Rene and Karter Jay into the gopher family. Both at 21 inches and 7lbs 14 oz and 7lbs 3oz, these Minnesota twins already seemed destined for greatness. Both mother and babies are doing well.

When Kim Bell hit the gopher courts as a freshman, she was a unique in what she had to offer the University of Minnesota’s Lady Gopher basketball team.

Bell signed on to come to Minnesota in 1998 and expectations were great. She was, after all, a local star and at 6 feet, 7 inches, the tallest Gopher ever.

Despite a garbage bag filled with athletic offers from colleges and universities around the country, Kim chose to stay close to her hometown so that her mom and dad would be able to watch her play.

Born with height, Kim still had to prove herself; she lost weight and learned to manage her problem knees. In the process, she developed into a Top Ten star blocker for the Lady Gophers. To her credit, by the time she graduated, Kim was considered a “force on defense, where she... [had] collected 134 blocks to rank second on the Minnesota career list...[and had] developed a nice touch on a sweet jump-hook shot” to boot.

By 2001, her senior year, Kim Bell was noted more for her leadership in helping to develop a winning team and coaching younger players for the Lady Gophers than putting in time on the court playing.

Brenda Oldfied, Gopher coach at that time, described the senior player in this way:

Kim is a captain in every sense of the word. ...She puts the team ahead of herself in every single thing that she does. It's only fitting to see her finish her career with that infectious smile that shows she's having the time of her life." (https://gophersports.com/news/2001/12/11/Bell_Making_the_Most_of_Gophers_Record_Breaking_Start.aspx)

Now Kim is back in action on the court of motherhood—one of the toughest that those of us who have been there know about firsthand.

But we have no doubts that the same leadership, compassion, infectious smile, and positive spirit Kim displayed on the courts will be reflected in her new role as a mom. She has spent her time since leaving University of Minnesota and the Lady Gophers working with youth and so has hands-on experience already.

Wonder if the twins, Saige and Karter, realize that they are not just getting a mom, but also a coach and a former Lady Gopher leader? Somebody better warn them that behind their mother’s smiles lurk a defensive guard laying in wait.

Insight News congratulates Kim Bell and welcomes Saige Rene and Karter Jay into the world. Proud grandparents are Reece Rene Bell and Ralph Bell. And by the way, I’m not just the author of this story, but a grand Tia (grand aunt) to the twins.

(C)2019 Irma McClaurin Solutions (http://irmamcclaurin.com/). Irma McClaurin is an anthropologist and award-winning writer as well as the Culture and Education Editor for Insight News.