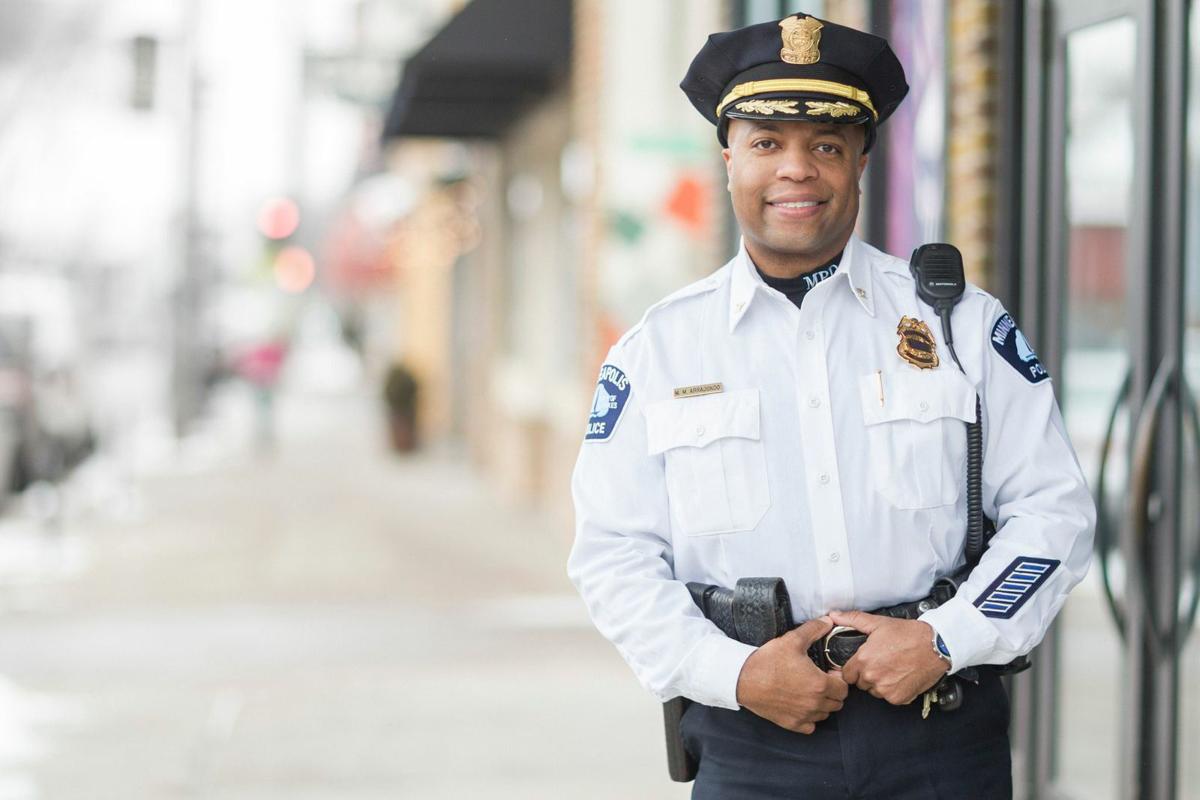 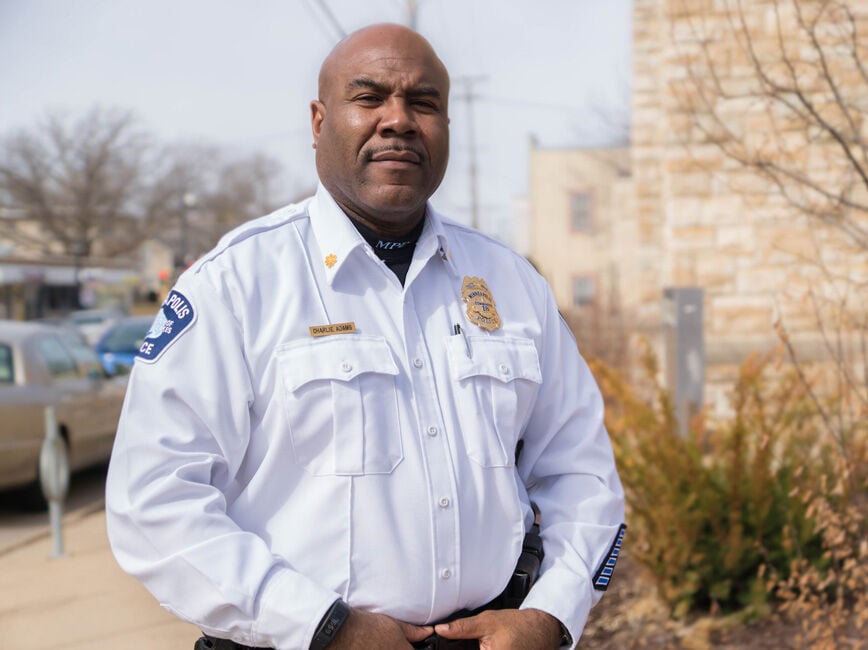 Law and freedom must be indivisible partners.  For without law, there can be no freedom, only chaos and disorder; and without freedom, law is but a cynical veneer for injustice and oppression.  Ronald Reagan

Hawthorne Huddle and the Youth Coordinating Board this month honored Minneapolis Police Chief Medaria Arradondo and  4th Precinct Inspector Charlie Adams.  “It’s interesting,” said Diana Hawkins, Executive Director of Hawthorne Neighborhood Association (HNA) “that most of the good officers are still around and they are moving up in the ranks.  They are also people of color.”

“I have known Chief Arradondo for 30 years,” Hawkins said.  “This native son is aware that many didn’t want to give him a chance.  We’re sticking with him and honoring his work and contributions as a dedicated community leader and hope eventually he will get the support he deserves.”

Northsider Inspector Charlie Adams and Hawkins go all the way back to her NAACP days when she was introduced to him by a mutual friend, Ron Edwards.

“We have implemented a focused enforcement detail.  Some of our partners include the Fourth Precinct search team and MPD weapons unit along with the federal Alcohol, Tobacco and Firearms (ATF) resource and the state’s Bureau of Criminal Apprehension (BCA.)  We’ve done two massive raids down at Merwin’s Liquor Store parking lot.  Drugs were confiscated. Many arrests were made. And weapons were taken off the street,” Inspector Adams said.

“We took that same detail up to 36th and Lyndale N., after a series of shootings up there.  We were successful seizing more weapons.  So, we intend to continue to use this process throughout the summer,” he said.

“We’re looking at public housing right across from 31st and Oliver N.  We’ve got a lot of heroin users over there and fentanyl pills too. We’ve been taking a lot of these pills off the street, which is good,” Adams said.

“The gun violence is out of control.  I think we had 168 activations from our shot-spotter.  We’ve recovered over 500 bullet casings.  This is a community effort.  People are tired of not being able to live safely,” he said.

“ ‘21 Days of Peace’  led by New Salem’s Rev. McAfee and other Black church leaders, was successful,”  said Adams.  “They enlisted people to show up at hot spots in North Minneapolis, for instance 30th & Penn, 36th & Lyndale, and Logan & Broadway.  There has been a significant reduction in violence in those areas because of the community efforts of these groups. 11th & Knox and 34th & Oliver are our new hot spots.”

Adams said, “There is an urgent need to address the addiction problems.  I try to tell people that addiction is not a law enforcement problem or issue because we don’t have the expertise in working with this disease.  We need to get people with resources and experience out there to provide services: groups like Turning Point, Hospitality House, and the Salvation Army. We have to take care of our own neighborhood because the other people don’t care about what goes on over here.”

Adams said encampment communities are an issue all around the country.  “We have to figure out what partnerships and collaborations will be required to move people beyond their conditions.  Communication is the key.  If we can tie into non-profits that do a lot of day-to-day outreach, hopefully we can make a change in some people’s lives.”

Adams said the Fourth Precinct is trying to build community relationships.  Leadership means bringing in all the resources we can and working on livability issues, providing peace and tranquility to the North side.  The Precinct is a community house for the community, he said.

North Minneapolis needs additional Crime Prevention Specialists and more patrols around the schools when students are coming and going, and during special sports events held at night, he said.  The community must respond to recruitment efforts, especially women, he said.

MPD crime prevention specialist Bill Magnusson provided a snapshot of crime in the past month.

For the month of August:  2 homicides, 4 rapes, 4 robberies, 21 aggravated assaults, two burglaries, 10 auto thefts,  and there was one arson. He said there was an “increase of 50% of aggravated assaults and that is due to an ongoing conflict with two known groups that we refer to as the Highs and Lows.”