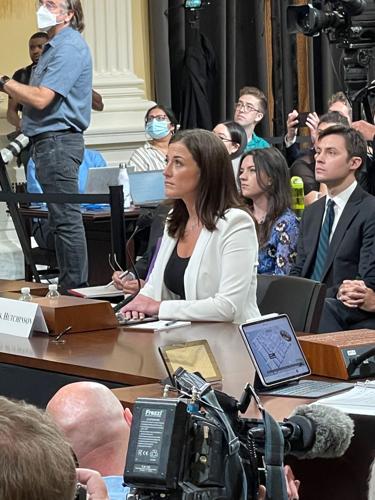 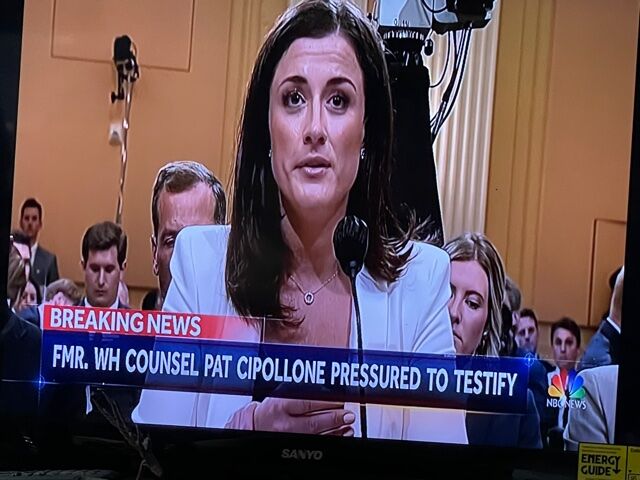 Excerpts from the transcript from the June 28 hearing of the House select committee investigating the Jan. 6 Capitol attack. Bennie Thompson, (D) of Mississippi, chairs the committee. Liz Cheney (R) of Wyoming is Vice chair. The transcript was produced by CQ.

The Select Committee has laid out the details of a multi-part pressure campaign driven by the former president aimed at overturning the results of the 2020 presidential election and blocking the transfer of power.

In the weeks ahead, the committee will hold additional hearings about how Donald Trump summoned a mob of his supporters to Washington, spurred them to march on the Capitol, and failed to take meaningful action to quell the violence as it was unfolding on January 6th. However, in recent days the Select Committee has obtained new information dealing with what was going on in the White House on January 6th and in the days prior, specific detailed information about what the former president and his top aides were doing and saying in those critical hours, firsthand details of what transpired in the office of the White House chief of staff just steps from the Oval Office as the threats of violence became clear, and indeed violence ultimately descended on the Capitol in the attack on American democracy.

Cassidy Hutchinson served in the Trump administration in the White House Office of Legislative Affairs from 2019 to 2020 and as a special assistant to the president in the White House chief of staff's office from March 2020 through January 2021.

Liz Cheney: And did you go back then up to the West Wing and tell Mr. Meadows about your conversation with Mr. Giuliani?

Cassidy Hutchinson: I did. After Mr. Giuliani had left the campus that evening, I went back up to our office and I found Mr. Meadows in his office on the couch. He was scrolling through his phone. I remember leaning against the doorway and saying, I just had an interesting conversation with Rudy, Mark. It sounds like we're going to go to the Capitol.

He didn't look up from his phone and said something to the effect of, there's a lot going on, Cass, but I don't know. Things might get real, real bad on January 6th.

Cassidy Hutchinson: When we were in the offstage announce area tent behind the stage he was very concerned about the shot, meaning the photograph that we would get, because the rally space wasn't full. One of the reasons which I've previously stated was because he wanted it to be full and for people to not feel excluded because they had come far to watch him at the rally.

And he felt the mags were at fault for not letting everybody in. But another leading reason and likely the primary reason is because he wanted it full and he was angry that we weren't letting people through the mags with weapons, what the Secret Service deemed as weapons and are — are weapons.

Cassidy Hutchinson: It was becoming clear to us and to the Secret Service that Capitol Police officers were getting overrun at the security barricades outside of the Capitol building. And they were having short — they were short people to defend the building against the rioters.

Cassidy Hutchinson: I was still in the tent behind the stage. And when you're behind the stage, you can't really hear what's going on in front of you. So, when Mr. McCarthy called me with this information, I answered the call. And he sounded rushed, but also frustrated and angry at me. I — I was confused because I — I didn't know what the president had just said.

He then explained the president just said he's marching to the Capitol. You told me this whole week you aren't coming up here. Why would you lie to me? I said I'm — I'm not lying. I wasn't lying to you, sir. I — we're not going to the Capitol. And he said, well, he just said it on stage, Cassidy. Figure it out.

Cassidy Hutchinson: When I returned to the White House, I walked upstairs towards the chief of staff's office, and I noticed Mr. Ornato lingering outside of the office. Once we had made eye contact, he quickly waved me to go into his office, which was just across the hall from mine. When I went in, he shut the door, and I noticed Bobby Engel, who was the head of Mr. Trump's security detail, sitting in a chair, just looking somewhat discombobulated and a little lost.

I looked at Tony and he had said, did you f'ing hear what happened in the beast? I said, no, Tony, I — I just got back. What happened? Tony proceeded to tell me that when the president got in the beast, he was under the impression from Mr. Meadows that the off the record movement to the Capitol was still possible and likely to happen, but that Bobby had more information.

So, once the president had gotten into the vehicle with Bobby, he thought that they were going up to the Capitol. And when Bobby had relayed to him we're not, we don't have the assets to do it, it's not secure, we're going back to the West Wing, the president had a very strong, a very angry response to that.

Tony described him as being irate. The president said something to the effect of I'm the f'ing president, take me up to the Capitol now, to which Bobby responded, sir, we have to go back to the West Wing. The president reached up towards the front of the vehicle to grab at the steering wheel. Mr. Engel grabbed his arm, said, sir, you need to take your hand off the steering wheel.

We're going back to the West Wing. We're not going to the Capitol. Mr. Trump then used his free hand to lunge towards Bobby Engel. And Mr. — when Mr. Ornato had recounted this story to me, he had motioned towards his clavicles.

Liz Cheney: And was Mr. Engel in the room as Mr. Ornato told you this story?

Cassidy Hutchinson: He was.

Liz Cheney: Did Mr. Engel correct or disagree with any part of this story from Mr. Ornato?

Cassidy Hutchinson: Mr. Engel did not correct or disagree with any part of the story.

Liz Cheney: Did Mr. Engel or Mr. Ornato ever after that tell you that what Mr. Ornato had just said was untrue?

Cassidy Hutchinson: Neither Mr. Ornato nor Mr. Engel told me ever that it was untrue.

Cassidy Hutchinson: As a staffer that worked to always represent the administration to the best of my ability and to showcase the good things that he had done for the country, I remember feeling frustrated and disappointed, and really it felt personal. I — I was really sad. As an American, I was disgusted. It was unpatriotic.

It was un-American. We were watching the Capitol building get defaced over a lie, and it was something that was really hard in that moment to digest, knowing what I've been hearing down the hall and the conversations that were happening. Seeing that tweet come up and knowing what was happening on the Hill, and it's something that I — it's still — I still struggle to work through the emotions of that.