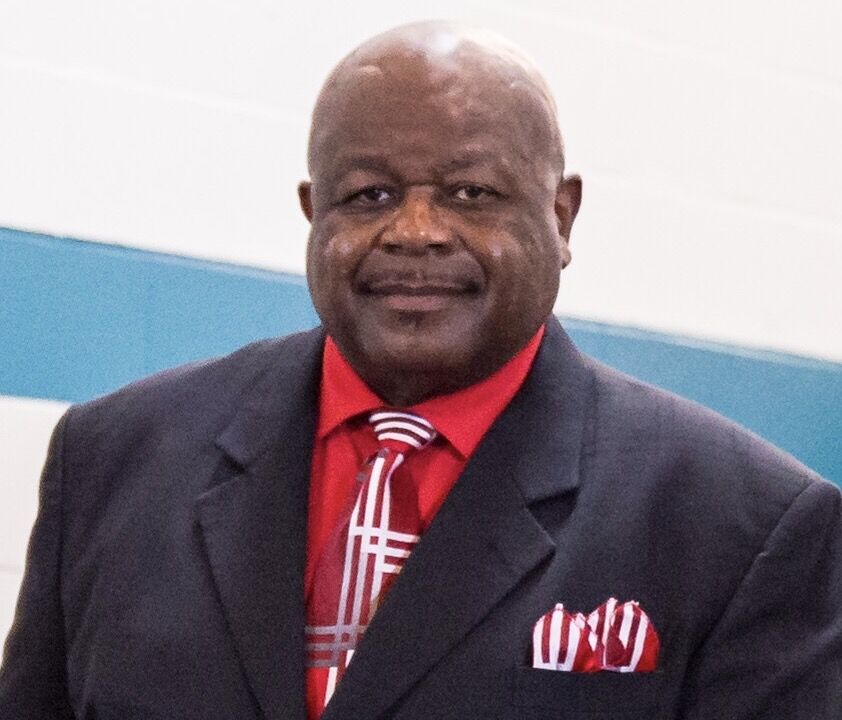 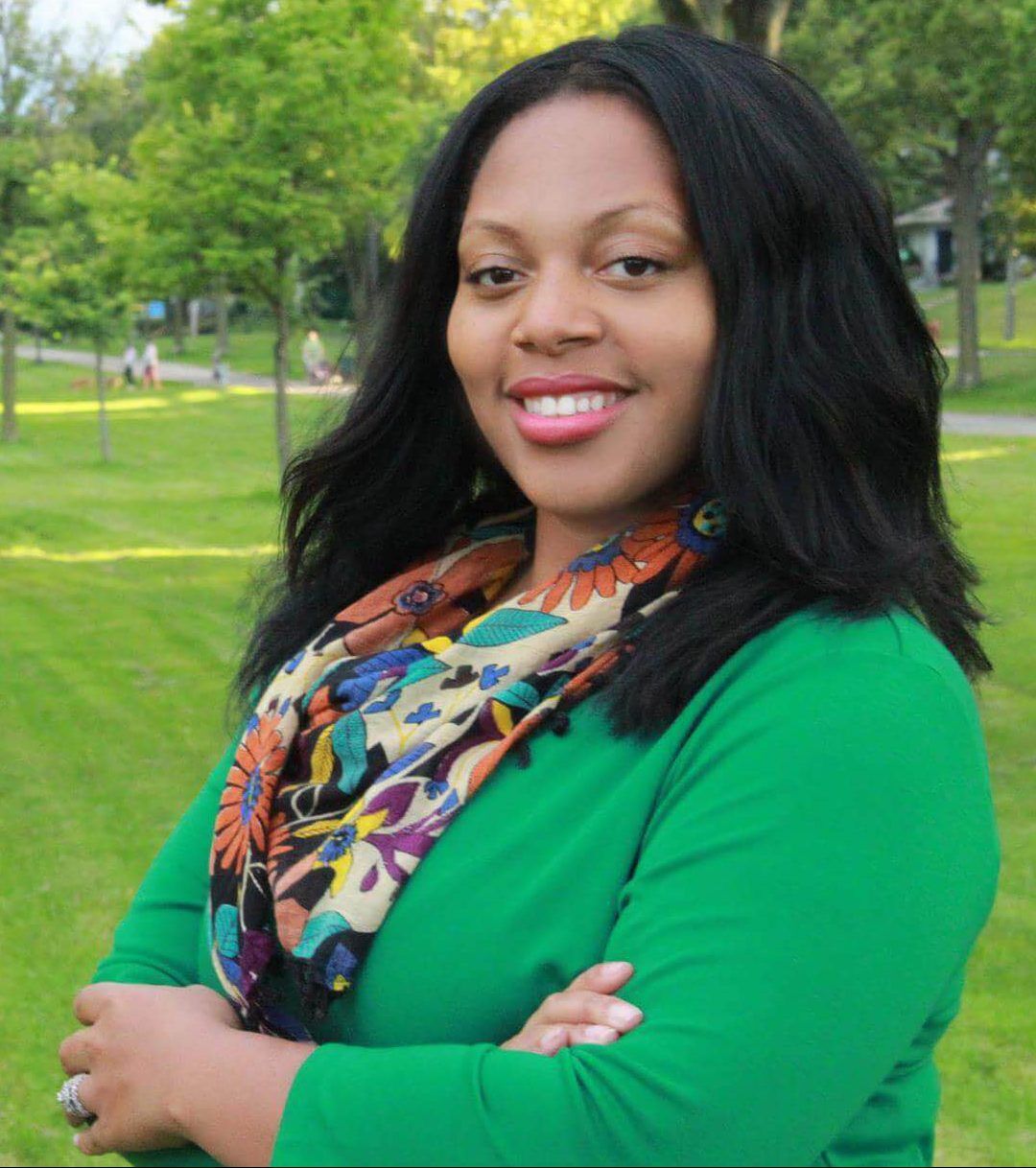 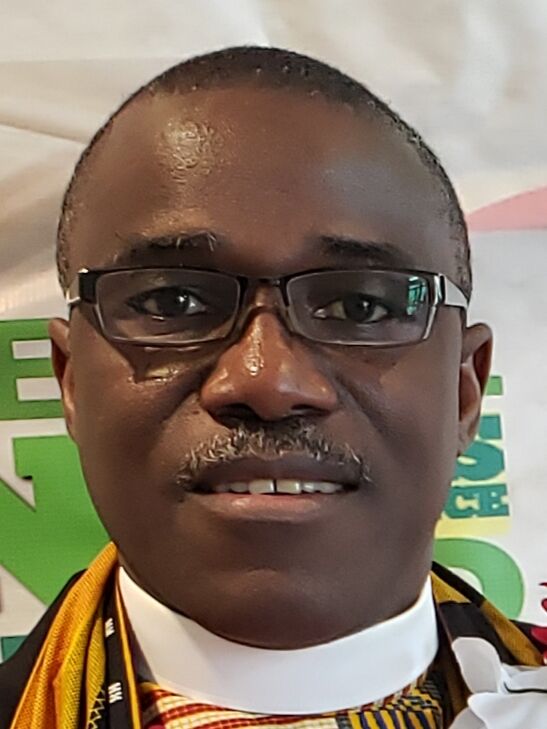 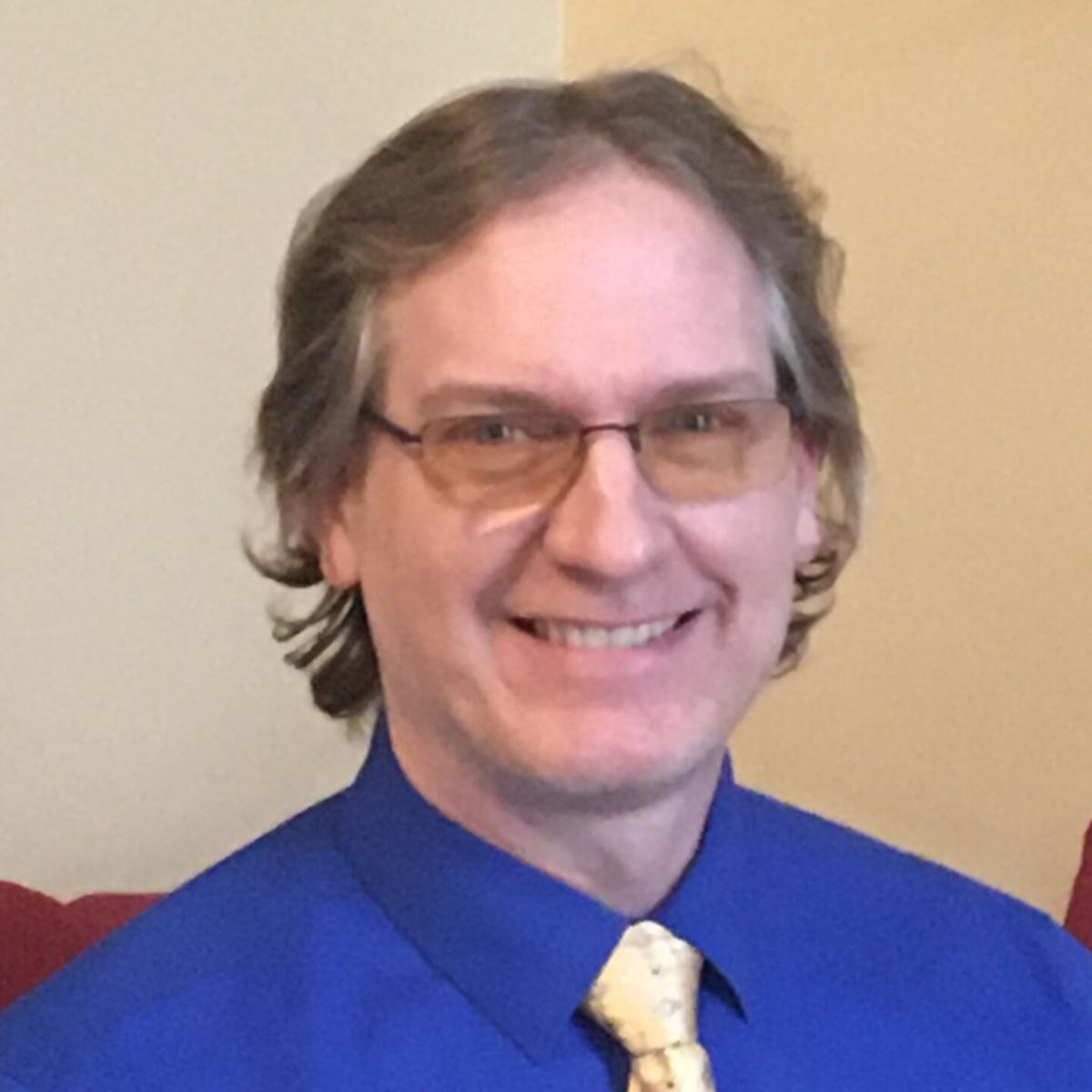 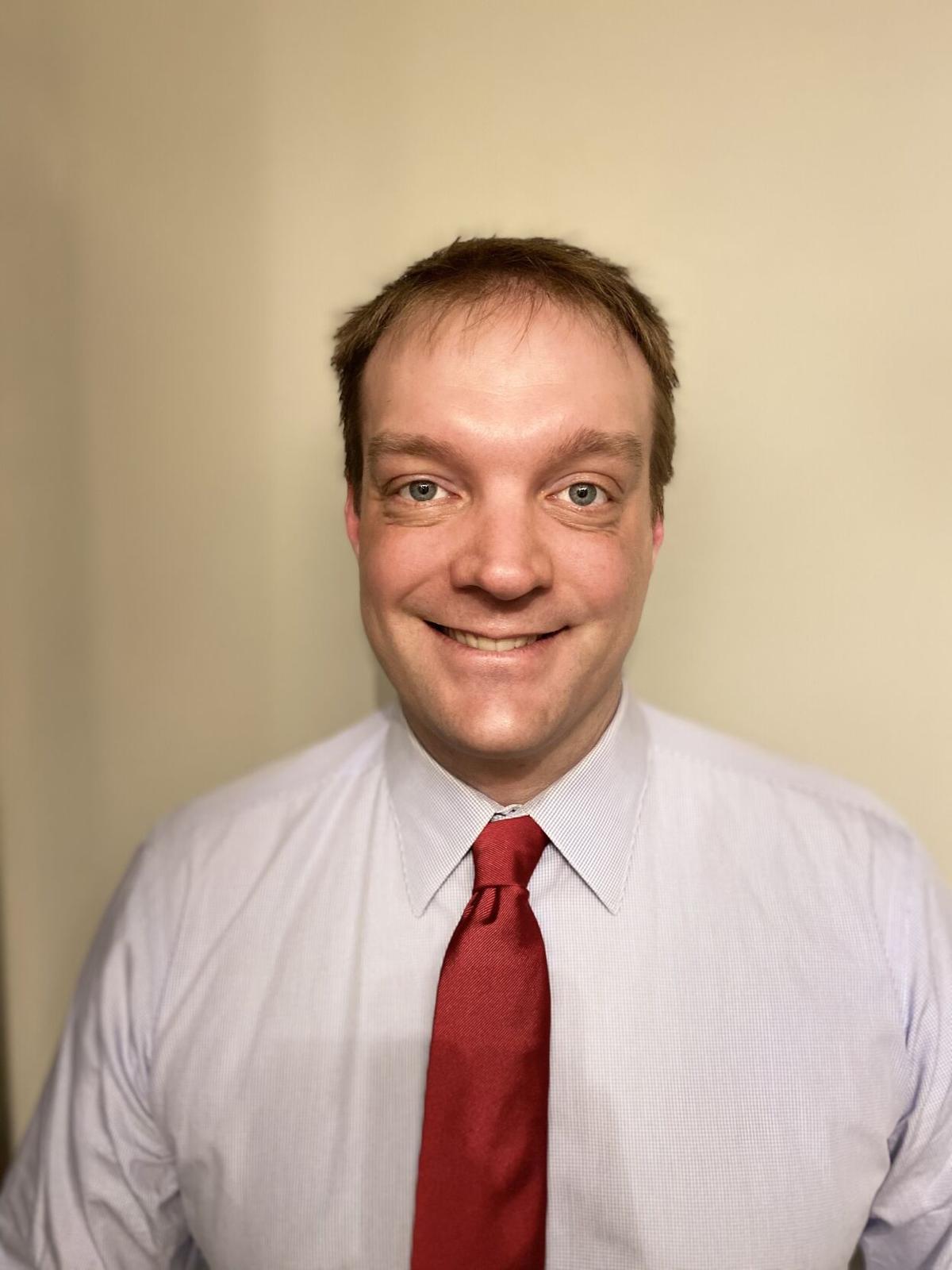 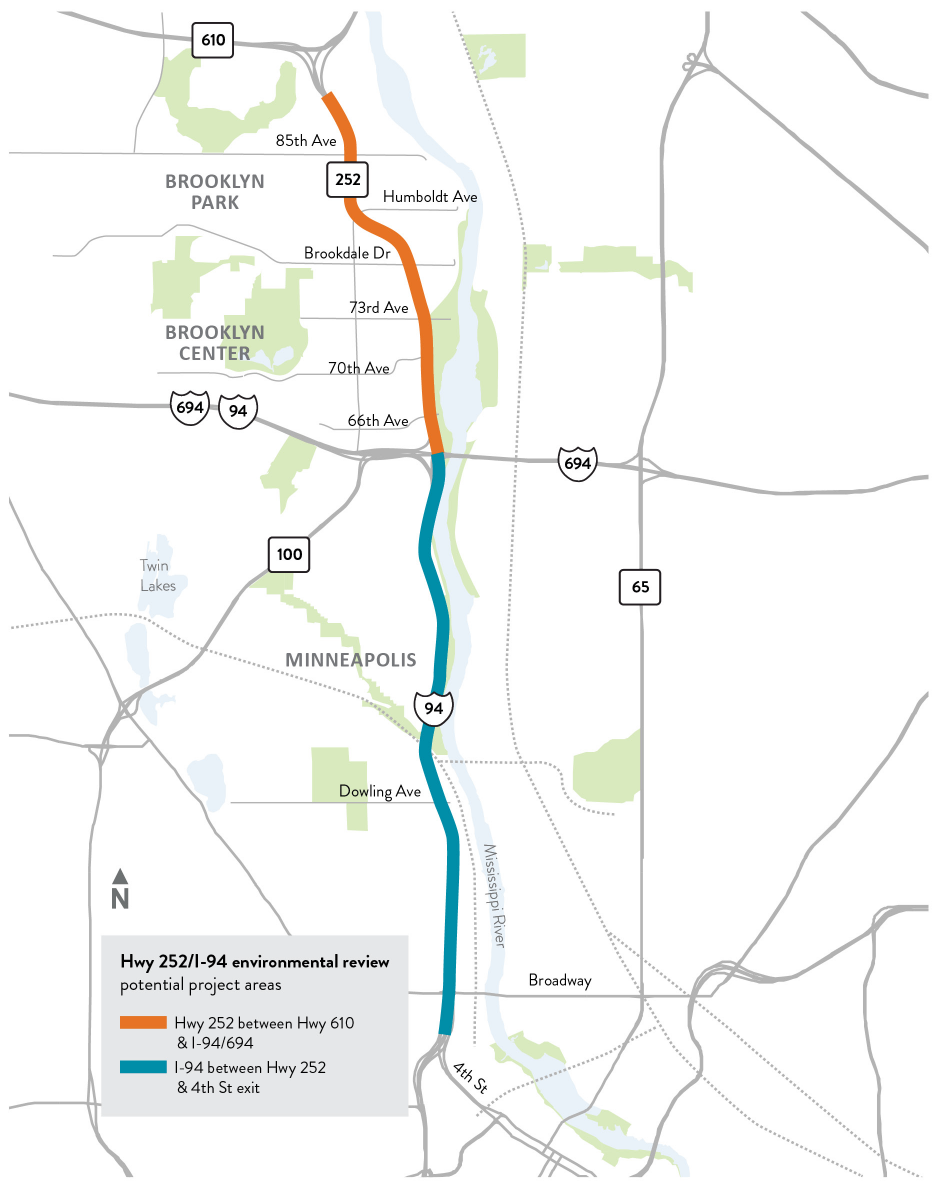 Part 2 in a series

Rev. McKinley Moore, pastor of Jehovah Jireh Church of God In Christ in Brooklyn Park questioned the efficacy of having to walk what amounts to an extra two blocks, just to cross the street. He was referring to an elaborate spiraling overpass spanning Hwy 252, an effort conceived to facilitate co-existence for pedestrians, bicyclists, and road traffic in the suburb’s transportation grid.

“It goes around in spirals up and over. It's like it's adding two blocks just to cross the street. I don't know if that's the norm, but that's considered by some as a deterrent to use,” he said.

Pastor Moore addressed the question in the virtual Town Hall meeting last month that explored issues and opportunities created by the search for improvements in the Highway 252/I94 Corridor segments in North Minneapolis, Brooklyn Center and Brooklyn Park.

Stairstep Foundation CEO Alfred Babington-Johnson and Conversations with Al McFarlane moderator, Al McFarlane co-hosted the Town Hall and introduced an initiative to support Minnesota Department of Transportation (MnDOT) efforts to broaden engagement around the project for African American and African immigrant residents who may be impacted by improvement considerations.

MnDOT Project Manager Jerome Adams described Pastor Moore’s concerns as among “the issues that we'll be examining over the next three years. Now, to be clear, right now we don't have a solution to say, ‘This is exactly what we're going to do at that intersection.’ But we're embarking on a three-year journey where we're going to look at alternatives to solve exactly that problem. We had one fatal crash between 2016 and 2019. And prior to that, we had six fatal crashes between 2003 and 2015.

He said MnDOT is looking at bicycle and pedestrian connectivity along the corridor. “So, how hard or easy is it to get across, whether it's having to dodge traffic or going out of your way distance wise? Like you said, it's like going an extra two city blocks just to cross the road. So, that is going to be one of the things we definitely want to look at. And we're going to try to find solutions that have a more direct, easier path to make it easier to get to where you want to go,” Adams said.

Adams said a 2018 environmental assessment revealed information about residents that the department has taken very seriously.  “One comment that we heard was that MnDOT doesn't really listen. It's like we might talk to the public, but we're not really going to listen to the public. We we're just going to do what we want, Adams said. “Another comment was that we weren't doing enough about transit service, whether that was local buses, express buses on I94 or BRT, which is bus rapid transit on 252/I94.”

The feedback led to a study defined as an environmental impact statement, a document much more robust than an environmental assessment and which looks at impacts of alternatives very carefully.  “The purpose of an EIS is to answer several important questions, including how does the proposed highway project benefit its surrounding natural, social, cultural, and economic environment? What are the positive and negative impacts of the proposed highway project? And,” he said, “what actions can be taken to avoid, minimize or mitigate these impacts, including consideration of not doing a project at all?”

Rev. Cyreta Oduniyi asked what considerations are given to the disruptions of people’s daily lives resulting from large constructions projects.

Chris Holberg, who manages outreach and engagement for the project, said examining that question is part of the very deliberate process MnDOT uses to guide its approach to any solution or project.  He said, “We don’t have that answer right now. We’ll get there. But before we can say this is how we’re going to keep folks moving around during a highway project, we've got to figure out what it is we're going to build."

Holberg added, “In the same step-wise fashion, we really have to figure out what are the problems we're looking to solve first and foremost, and how would we go about solving that? What are the different ways that we can solve those problems? And then based on those solutions, what are the impacts and the benefits to each one? And how do they stack up?”

The discussion about construction benefits and impacts will probably occur in 2024 rather than in 2021, Adams said.

Rev. Dr. Francis Tabla, senior pastor Ebenezer Community Church in Brooklyn Park, noting comments suggesting people viewed MnDOT as “notorious for enforcing their wishes upon the community” called the Town Hall meeting with MnDOT managers a paradigm shift because communities that are being impacted are being invited to the table. He said that Brooklyn Park is home to some 10,000 Liberian, Ghanaian, and Nigerian immigrants, and African Americans being impacted by this project. “We appreciate the fact that we can be invited to the table to be a part of the conversation. And I can envision what the outcome would be when MNDOT has worked closely with the community,” he said.

“In the final analysis this is a win-win on both ends. And I'm beginning to envision that this may be a paradigm that may be emulated by other communities, or other cities may emulate the example of MnDOT by bringing the constituents to the table to be a part of the conversation. I hope this will be a conversation that will be ongoing to the end of the project,” Dr. Tabla said.