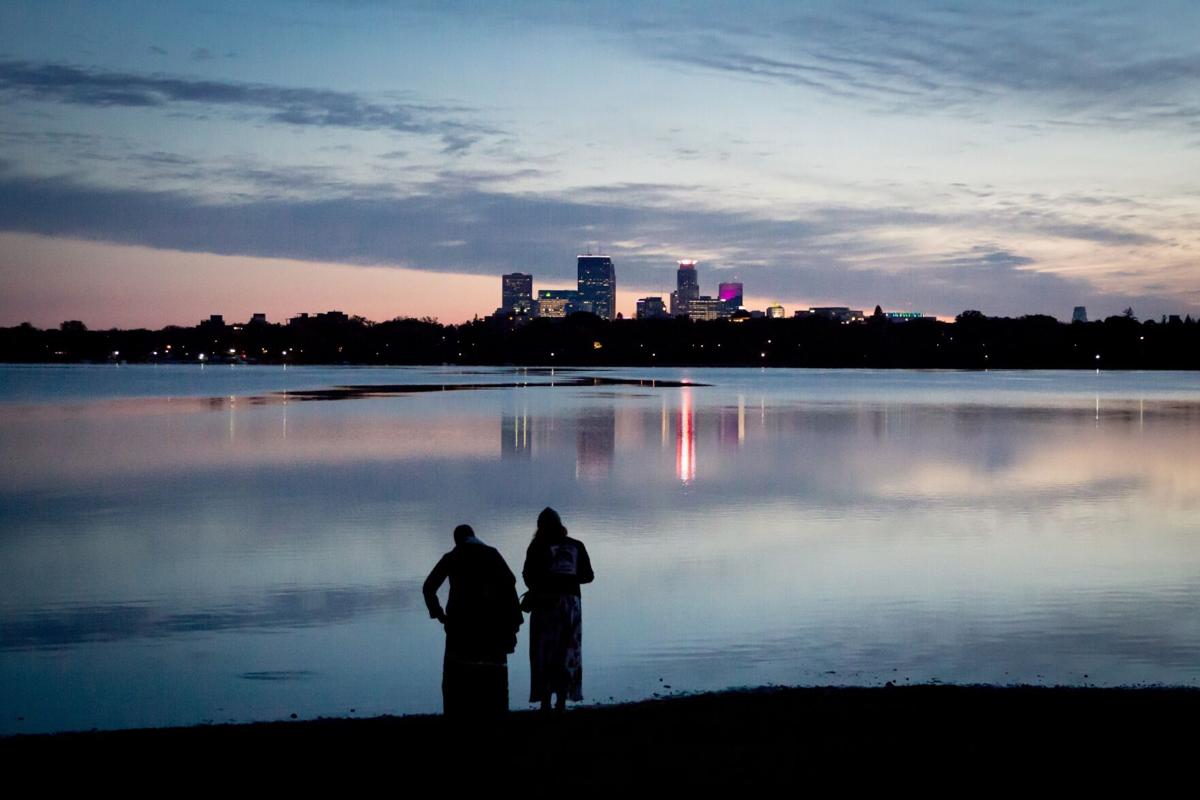 This morning, October 11, members of the Metropolitan Urban Indian Directors group and other community leaders in Minneapolis, MN, gathered for an Indigenous Peoples' Day Sunrise Ceremony at Bde Maka Ska. This ceremony was a time of reflection, friendship, and community. 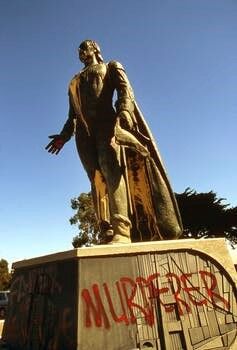 A statue of Christopher Columbus is vandalized with the word ‘murderer.’

Columbus Day celebrations in the United States – meant to honor the legacy of the man credited with “discovering” the New World – are almost as old as the nation itself. The earliest known Columbus Day celebration took place on Oct. 12, 1792, on the 300th anniversary of his landing. But since the 1990s, a growing number of states have begun to replace Columbus Day with Indigenous Peoples Day – a holiday meant to honor the culture and history of the people living in the Americas both before and after Columbus’ arrival.

In the following Q&A, Susan C. Faircloth, an enrolled member of the Coharie Tribe of North Carolina and professor of education at Colorado State University, explains the history of Indigenous Peoples Day and what it means to American education.

First, why is Columbus Day a problem?

For many Indigenous peoples, Columbus Day is a controversial holiday. This is because Columbus is viewed not as a discoverer, but rather as a colonizer. His arrival led to the forceful taking of land and set the stage for widespread death and loss of Indigenous ways of life.

When did Indigenous Peoples Day come about?

In 1990, South Dakota – currently the state with the third-largest population of Native Americans in the U.S. – became the first state to officially recognize Native Americans’ Day, commonly referred to as Indigenous Peoples Day in other parts of the country.

Research has shown that many schools do not accurately represent Indigenous peoples when they teach history. I think this is true not only on Indigenous Peoples Day, but throughout the school year. Researchers have found that K-12 schools tend to teach about Native Americans as if they existed only in the past. By revising the curriculum to better reflect both past and current histories and stories of Native peoples, educators can more accurately teach students about their cultures, histories and traditions.

Has there been any pushback?

Yes, the shift from Columbus Day to Indigenous Peoples Day has met resistance from communities across the country. In 2021, parents in Parsippany, New Jersey, protested the local school board’s decision to celebrate Indigenous Peoples Day in place of Columbus Day. Among other things, they cited lack of community input, failure to honor the legacy of Italian immigrants and the need for a “more balanced picture of Columbus.” In response, the school board removed the names of all holidays from its calendar. Now the holidays are just referred to as “days off.”

What resources do you recommend for Indigenous Peoples Day?

I would recommend “Lies My Teacher Told Me About Christopher Columbus” by sociologist and educator James Loewen. I would also recommend “An Indigenous Peoples’ History of the United States for Young People” by historian Roxanne Dunbar-Ortiz. These books help illustrate both the impact of the arrival of Columbus on the Indigenous peoples of the Americas and the role of Indigenous peoples in the founding of the United States. This is information that is typically absent in K-12 schools.

Other resources are available from organizations such as the National Museum of the American Indian, Learning for Justice and IllumiNative. These resources include sample lesson plans, books and videos that reflect the diversity of Native American peoples and tribes. For example, one lesson plan from IllumiNative provides opportunities for students to learn about Indigenous Peoples Day and at the same time explore ways to honor and protect the land, air and water. Such lessons are important, as they address the ways in which conservation of natural resources is essential to the economic self-determination and self-sufficiency of Native nations.

Dr. Susan C. Faircloth (an enrolled member of the Coharie Tribe of North Carolina) is professor and Director of the School of Education at Colorado State University. As one of the few American Indian scholars in the field of Educational Leadership/Administration, a first generation college graduate, the daughter of parents who graduated from the first American Indian elementary and secondary school in their community, and a southerner who experienced the deep and lasting effects of racism, Faircloth engages in scholarship, teaching, and service aimed at improving the educational conditions and subsequent life outcomes of those who have been historically marginalized and disenfranchised by the educational system.