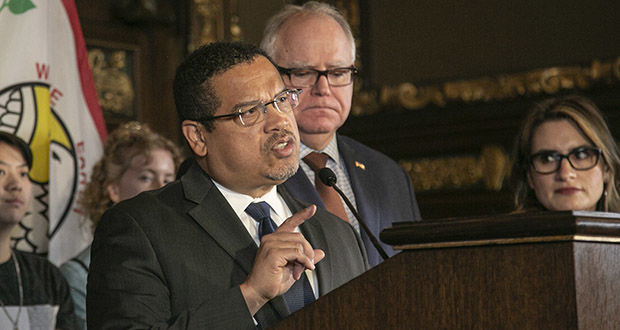 Attorney General Ellison: "The owner of Shady’s has declared his intention to break the law and endanger his customers and employees — in Stearns County, with the second-highest number of COVID-19 cases in Minnesota. My office has the duty to enforce the law and the Governor’s order, to protect Minnesotans’ health, and to protect businesses that are complying with the order from unfair competition." 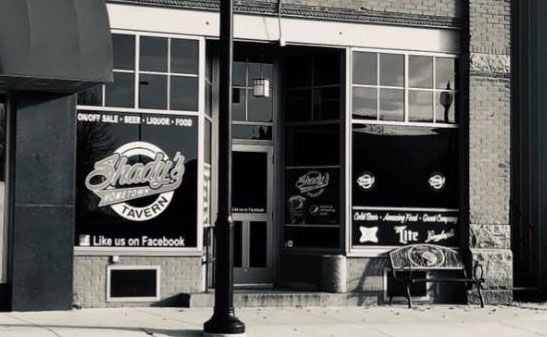 Attorney General Ellison: "The owner of Shady’s has declared his intention to break the law and endanger his customers and employees — in Stearns County, with the second-highest number of COVID-19 cases in Minnesota. My office has the duty to enforce the law and the Governor’s order, to protect Minnesotans’ health, and to protect businesses that are complying with the order from unfair competition."

Minnesota Attorney General Keith Ellison announced yesterday that his office has filed an enforcement action against a chain of six bars and restaurants known as “Shady’s” that have vowed to reopen today or in the coming days for on-site consumption of food and beverages during the ongoing COVID-19 pandemic, in violation of Governor Tim Walz’s “Stay Safe Minnesota” Executive Order 20-56. The establishments are located in Albany, Burtrum, Cold Spring, New Munich, Rice, and St. Martin, all in or near the Stearns County COVID-19 hotspot. The lawsuit also names owner Kris Schiffler individually as a defendant.

The Attorney General’s Office informed Schiffler that reopening prior to the date allowed in the Order and before the State’s scheduled release of a plan to safely reopen bars and restaurants would be both dangerous to the public health and in violation of Executive Order 20-56. Despite initially indicating agreement to delay opening, the owner again publicly stated yesterday that he intends to defy the Governor’s Executive Order and reopen despite the public-health risk.

“The vast majority of Minnesota’s bar and restaurant owners are doing the safe, lawful, and right thing during this crisis by keeping their doors closed, while still serving customers as allowed through take-out and drive-up. As hard as it is for them — and I know it’s hard — they’re doing their part to stop the spread of COVID-19 and keep themselves, their families, their employees, and their customers safe from this deadly pandemic. They deserve all of our thanks,” Ellison said.

“A handful of bar and restaurant owners have said they don’t want to wait any longer and want to reopen illegally. Over the past several days, my office has reached out to them to try to educate them on their rights and responsibilities under the law and the risks to Minnesotans’ health of reopening illegally. In almost all cases, owners have agreed to comply with the law. I thank them for complying.

“The owner of Shady’s, however, has declared his intention to break the law and endanger his customers and employees — in Stearns County, with the second-highest number of COVID-19 cases in Minnesota. My office has the duty to enforce the law and the Governor’s order, to protect Minnesotans’ health, and to protect businesses that are complying with the order from unfair competition. I take that duty seriously,” Ellison added.

This is the first enforcement action the Attorney General has brought to prevent the premature restart of on-site consumption in bars, taverns, and restaurants, before the State issues guidelines on how to safely reopen those spaces while ensuring that the safety and health of the public is protected during the deadly COVID-19 pandemic. The Attorney General’s Office is seeking emergency relief from the Court to prevent the six “Shady’s” bars and restaurants from violating Governor Walz’s Executive Order and putting its employees and the public at risk.

The Attorney General has the power to enforce Executive Order 20-56 (see Section 10 on pp. 9-10). In the enforcement action brought yesterday, the Attorney General is seeking permanent injunctive relief, civil penalties of up to $25,000 per violation, restitution and/or disgorgement of profits, the Office’s costs and fees, and other equitable relief — all as authorized under the Executive Order and Minnesota law.

Schiffler, on behalf of his six restaurants, has repeatedly publicly represented his intention to violate Executive Order 20-56 by reopening the restaurants for on-premises consumption before June 1, 2020, the earliest date by which bars, taverns, and restaurants may reopen under the Executive Order.

On May 13, Schiffler announced in a television interview that he would be opening all his restaurants for on-premises consumption on May 18.  He reiterated this statement on several of Shady’s restaurants’ Facebook pages. He made the same representation when the Attorney General’s Office initially contacted him on May 15.  The next day, May 16, he indicated he would wait to reopen the restaurants until receiving the State’s safety plan, but still planned to reopen on May 20.  Today, however, after raising more than $160,000 through a gofundme fundraiser campaign, he publicly announced on his personal Facebook page that “Shady’s Hometown Tavern in Albany will be open Monday May 18th at Noon!”

Despite these facts, Schiffler has stated, “You have a better chance of getting eaten by a timber wolf or a grizzly bear than getting COVID-19.”

Attorney General Ellison’s Office also continues to investigate other bars, taverns, and restaurants for threatening to illegally reopen for on-premises consumption in violation of Executive Order 20-56. The Office is working to resolve those cases and win establishments’ compliance with the Executive Order before any need to enforce it in court. Any bar, tavern, or restaurant that willfully defies and refuses to comply with Executive Order 20-56 will be met with legal action.

The Attorney General’s Office is also sharing reports it receives of non-compliance with Executive Order 20-56 with the Minnesota Department of Public Safety’s Alcohol and Gambling Enforcement Division (“AGED”). AGED will investigate such reports and any violations it discovers could lead to a fine as well as liquor-license suspension or revocation.

Under Governor Walz’s Executive Order 20-56, bar and restaurant owners are prohibited from providing on-site consumption services until June 1, 2020 at the earliest. Bars and restaurants are still permitted to provide take-out and delivery services, and a new Minnesota law allows the sale of a bottle of wine or up to a six-pack of beer, cider, or hard seltzer with the sale of food.

Attorney General Ellison encourages Minnesotans to report suspected violations of Executive Order 20-56, which extends the closure of bars’ and restaurants’ on-site consumption services until June 1, 2020, by filling out the dedicated COVID-19 complaint form available on the front page of Attorney General Ellison’s website, or by calling (651) 296-3353 (Metro) or (800) 657-3787 (Greater Minnesota).