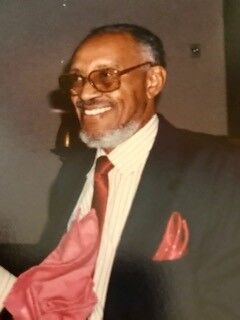 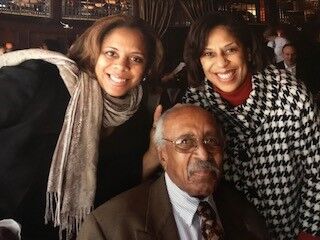 Our community lost a hero with the passing of James Edward Bransford on July 31 at the age of 89. Jim was a mentor, advocate and counselor to many generations of people who were addressing issues of addiction, domestic violence and the resulting criminal charges.

Bransford was born in Baltimore, Maryland on December 11, 1930, the son of Aurora Dingus Bransford and Hugh Lawson Bransford, Jr. He was the eldest of five siblings who were raised in the rural area of Havre de Grace, Maryland. Bransford and his siblings grew up during the Great Depression and attended segregated schools. He graduated from Bel Air Colored High School in 1947 at age of 16.   The importance of education was instilled in the Bransford children as all five of them attended college. He first attended the University of Maryland, Eastern Shore where he pledged with the second line of Kappa Alpha Psi fraternity. He later transferred to Lincoln University, a historically Black university in Pennsylvania where Horace Mann Bond was the President. Lincoln University further stimulated James’s love of literature, art and the Harlem Renaissance with visiting artists such as Langston Hughes. A little known fact is that while at Lincoln, James occasionally babysat for President Bond’s children including Julian Bond.

Bransford entered the United States Army and served during the Korean War. He was stationed in the San Francisco Bay area and while there had the opportunity to meet Nat King Cole who was performing for the troops. He moved to St. Paul in 1955 to attend Macalester College. Like many men of his generation, he worked as a porter on the railroad while attending school. In 1957, he earned his bachelor’s degree in Biology and Chemistry from Macalester College. That same year, he married Jeanne Watson Bransford, whom he had met earlier while working one summer in Ocean City, Maryland. From that union came two children, Tanya Mozell Bransford and Traci Vernita Bransford.

Bransford pursued his career as a biophysical research scientist and a clinical toxicologist at the University of Minnesota, Honeywell, Inc. and the Minneapolis Veteran’s Hospital from 1957 to 1973. During that time, he was also active in the community as a member of the Maplewood Human Rights Commission and regularly volunteered as judge at regional and state science fairs for high school and junior high school students. Unfortunately, he also fought chemical addiction and went to chemical dependency treatment programs seven times and had two near fatal car accidents before he finally achieved sobriety on May 21, 1974. He was very proud of his ability to maintain his sobriety and preferred to celebrate that day more than his birthday stating that his mother did all the work on his birth and he did the work for his sobriety anniversary.

This experience led him to find his true calling as a chemical dependency counselor who specialized in intervening for clients in the court system and diverting them to treatment. Bransford was one of the founding members of Minnesota Institute on Black Chemical Abuse (presently African American Family Services). He was widely known and respected in the community and the courts for finding the best treatment program for each client and never giving up on the client until they had achieved sobriety. He was a founding member of the People’s A.A. group in North Minneapolis, which was the first all-Black A.A. group in the State of Minnesota.

Bransford addressed the problem of domestic violence by working as a counselor for men at Phyllis Wheatley Community Center for a number of years. In 1991, he founded and served as the Executive Director of the Excelsior Project, a counseling program which addressed both substance abuse and violence issues for underserved populations. Bransford used his expertise as a dispositional advisor at the Hennepin County Public Defender’s Office from 1999-2010 where he would find and recommend to the judges alternative dispositions to jail or prison.  After his “retirement” from the Public Defender’s Office, he continued to serve as a legal advocate to the East African community for Pillsbury United Services at the Brian Coyle Center. Bransford continued working until March, 2020 as a counselor at Nurturing House LLC in St. Paul.

In addition to his extensive work history, Bransford was an active volunteer in the community. He served on the boards of Penumbra Theater, Harriet Tubman Battered Women’s Shelter, RS Eden, Turning Point and the Citizen’s Advisory Board for the Anoka Metro Regional Treatment Center. James was always seen at community events such as Rondo Days, Selby Avenue Jazz Festival and the Martin Luther King Holiday celebrations.

Bransford loved jazz music, theater, cooking, reading and spending time with family. He was never seen without a book, magazine or paper to read. He treasured family celebrations and milestones such as graduations, weddings and achievements. Bransford found love again later in life and married Barbara Powers in 1995 and shared 25 years with her, embracing her daughter Alcenya and other members of her family as his own.