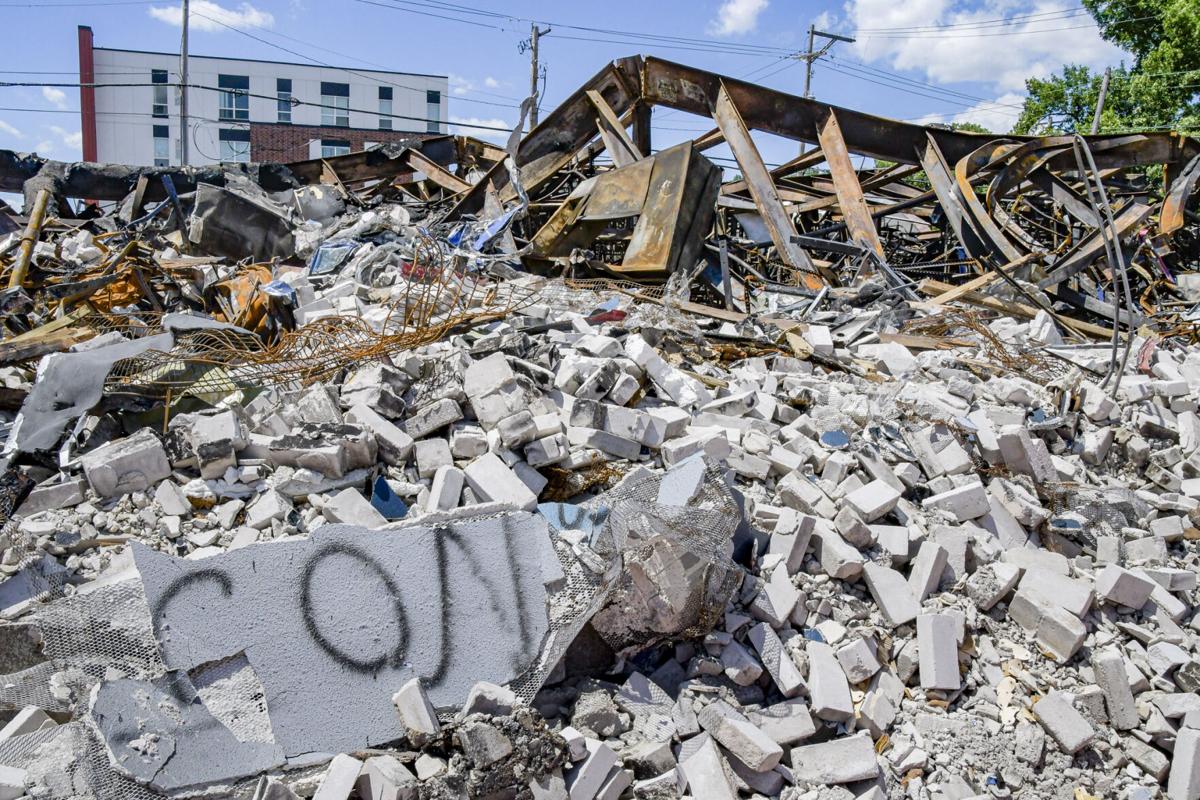 The aftermath of civil unrest and looting in St. Paul's Midway neighborhood, pictured in June. A House energy panel on Thursday considered a plan to promote energy efficient technologies in rebuilt buildings.

Reconstruction assistance in parts of Minneapolis and St. Paul damaged or destroyed by civil unrest could be available to make the area more energy efficient.

An idea proffered by Rep. Fue Lee (DFL-Mpls) would establish the Rebuild Right Grant Program in the Commerce Department to promote qualified energy technologies in rebuilt buildings and low-income households.

“We’re facing an issue of equity where these communities impacted by the civil unrest have not traditionally been able to tap into some of these energy efficiency programs and some of these renewables,” Lee told the House Energy and Climate Finance and Policy Division at an informational hearing Thursday. “… These businesses are from communities of color, Indigenous communities.”

The bill does not ask for a specific appropriation; however, Commerce Commissioner Steve Kelley the plan would use $45 million of the estimated $55 million in the state’s renewable development account in fiscal year 2021.

The account is a pot of state money that Xcel Energy pays into for nuclear waste storage at its Prairie Island and Monticello plants. For each waste cask used, Xcel gives the state between $350,000 and $500,000 annually. The fund is earmarked for grants for the development of renewable energy sources in Minnesota.

Lee’s idea calls for 75% of funding to go to the grant program and 25% to supplement federal weatherization activities for eligible residential dwelling units located in areas damaged or destroyed by the civil unrest.

The awarding of grants would be a two-step program: the Commerce Department would make grants to private organizations, which would then make grants to specific building owners.

Priorities would be established for applicants who commit to conducting aggressive outreach programs, commit to employing contractors that pay the prevailing wage and leverage additional outside funding.

A 12-member task force would be created to aid the process and present recommendations. An annual report would be due to the Legislature beginning Jan. 15, 2021.

Rick Evans, director of regional government affairs at Xcel Energy, said the company has some concerns, including more criteria is needed for project selection; nothing would prohibit multiple Xcel Energy or public programs being used for the same project, thereby potentially reducing the number of businesses that could be helped financially; and the need for more public accountability.

“If the money is to be granted to these grantees in advance of the actual projects being chosen, we urge the Legislature to require grantees to return to the Department of Commerce to get approval for the actual proposed expenditures after the projects have been chosen, but before the money is spent,” Evans said.

The hearing occurred the day after looting in Downtown Minneapolis in response to misinformation about a murder suspect’s death by suicide. Rep. Pat Garofalo (R-Farmington) said pushing this idea now demonstrates a “stunning level of tone-deafness.”

Garofalo said this year’s 51 murders in Minneapolis already tops the total for all of 2019 and the COVID-19 pandemic is forcing a reimagining of business models. “The solution we’re hearing before us today is we’re going to focus on putting solar panels on the burned-up rooftops of these buildings. This is insane.”

Rep. Jamie Long (DFL-Mpls) countered that legislators need to come together on both sides of the aisle and help rebuild.

“We’ve done that time and time again across the state in many circumstances from many different businesses and many different types of emergencies,” he said. “… We have some funding that is meant to go to energy efficiency and renewable energy. If we’re going to deploy those resources, then it makes a lot of sense to help those most in need. Those most in need now are the businesses that have been damaged in our community.”

Rep. Chris Swedzinski (R-Ghent) said customers throughout Xcel Energy’s service area ultimately pay into the fund. He said pausing the fund collection or returning the money to those customers would better benefit people statewide, and stimulate the economy.

The division also held an informational hearing on two other bills: