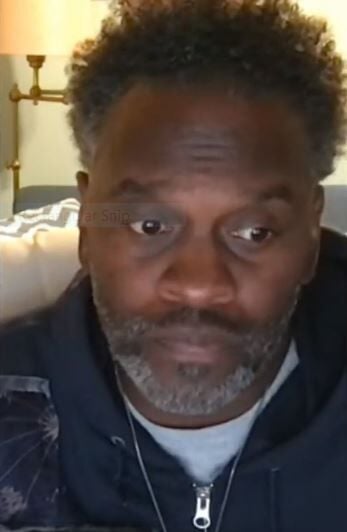 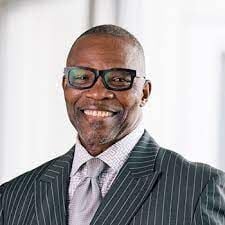 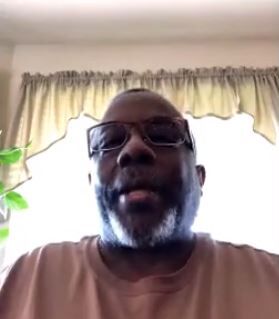 I, too, sing America.  I am the darker brother.  They send me to eat in the kitchen   when company comes.  But I laugh.  And eat well.  And grow strong.  Tomorrow, I’ll be at the table when company comes.  Nobody’ll dare say to me, eat in the kitchen then.  Besides, they’ll see how beautiful I am and be ashamed.  I, too, am America. By Harlem Renaissance poet, Langston Hughes

It was when a childhood friend reminded me that journalist, Bill Whittaker of ’60 Minutes’ fame used to sit with his parents in the middle of a much longer set of pews and a little to the left when we all attended Metropolitan Baptist Temple in Kansas City, Kansas.  Yep, I wanted to use any contact I could to get in touch with him. ’60 Minutes’ really needed to air Ray Robinson’s story.  At the time my editor introduced me to this amazing war hero in his interview on “Conversations with Al McFarlane”, Robinson was having another birthday.

“In a moving tribute, the Minnesota Vikings honors soon-to-be 100-year-old World War II veteran, Ray Robinson prior to a primetime home game at U.S. Bank Stadium.  The Monday night (Dec. 23rd) game against the Green Bay Packers brought more than 66,000 fans to the stadium.  Many became visibly emotional when a half-time ceremony video of Robinson played detailing his life and service as a member of the famed Buffalo Soldiers and earning three bronze medals for valor.  He was flanked by active-duty members of the U.S. Armed Forces.” (Insight News)

When I first wrote about this hometown hero maybe 6 or 7 months ago, he told the story about how he had boarded a bus after returning home from the warfront and proudly donning his army uniform brandishing an impressive ensemble of hard-earned medals.  He sat in the closest seat he could find.  When a white man got on the bus right after him, Robinson was told by the bus driver he would have to give up his seat.  My father was stationed in Tampa, Florida and suffered similar treatment as a Black soldier. Willing and eager, as a sense of duty, to give their lives for the protection of life, liberty, and the pursuit of happiness, like Robinson fought for freedoms which had seldom been enjoyed by Black Americans.

A recent “Healing Circle” segment of “Conversations with Al McFarlane”, co-hosted by Dr. BraVada Garrett-Akinsanya, founder and CEO of the African American Child Wellness Institute (AACWI), paid tribute to veterans who endured the white racism while aboard ships in the middle of an ocean or while facing the enemy on the battlefield.  And when they came home, like Ray Robinson, Peter Hayden, and Douglas Garrett, there were no parades, no welcome mats at area restaurants or movie theaters; no press coverage, and few thank you’s for serving to preserve the freedoms of democracy not extended to ‘colored folks’.

Zoey Severson, a member of the dedicated and highly qualified mental health clinicians’ team at AACWI, recalls the story when her husband enlisted in the army at 17.  He had little interest in formalized academics but did quite well as a member of the 82nd Airborne Division, an infantry branch specializing in parachute assault operations.  Today, he is a disabled veteran who didn’t realize his Post Traumatic Stress Disorder (PTSD) was as serious as it was.  She said veterans received little support when they really needed guidance in filtering through mounds of paperwork, and obtaining the resources that should be available to them.  After a close friend died, Zoey’s partner started having flashbacks, and they knew they would have to really fight to get the help he needed.  Severson said other veterans need to know they are not alone.  There is help.

“I come from a proud, military family,” says Marcus Bentley, father, educator, and founder and CEO of L A.V.A. (Learning Abilities for Victory and Achievement).  Bentley works and resides in Akron, Ohio.  “So, there was a great uncle, my father, several uncles, and a sister who is a Major.  Black women carry a double load as a military professional and as a Black mother.  She has served for 20 years and is stationed in the Middle East.  And now, I’m torn because my son is considering signing up,” Bently said.

Dr. Vincent “Peter” Hayden, founder and President of The Turning Point, Inc. agrees that when he went into the service as a boy, without a doubt, he returned as a man.  That happens for a lot of young soldiers, especially Blacks.  “A lot of things changed for me, some of which were because of who I am, but more importantly of whose I am.”

Hayden pointed out other advantages of military service. “There were pretty good benefits.  Because of the GI Bill, I have purchased three houses,  earned a masters and a Ph.D., and built an organization that has saved lives.”  Dr. Hayden said he would tell young people hold on to their own truth by acknowledging shoulders of brave ancestors on which they stood.

Douglas Garrett, the brother of Dr. Brvada Akinsanya, is a retired army veteran of 24 years, commissioned in 1978 as a field artillery officer.  He said Black soldiers could deal with racism because ‘you just knew it was there’. “You have to be really sure of who you are when you enlist,” he said.

Garrett is also a disabled veteran with 70% of his diagnosis being that of PTSD.  He has tried to get to 100% medical recognition for years, but the system has done everything possible to keep him from collecting the full amount due.  Like Hayden, Garrett’s message to the next generation of enlistees is, “Remember that you are of value.  Quitting should never be a consideration if you can avoid it.  That was always one my family’s mantras and continues as such.”

Lillie Rankin, a sophomore at Irondale High School, an intern for “Insight News”, participates in the Healing Circle each week.  Those of us who are chocolate baby boomers can remember the ROTC classes in our schools, and the Armed Forces’ recruiting offices in our neighborhoods.  Representatives would often come and talk to our civics classes.

But, “I really don’t think about it much,” Rankin said.  “There is some talk about military service from time to time with 18 year olds, but fortunately, more work opportunities are opening for our generation.