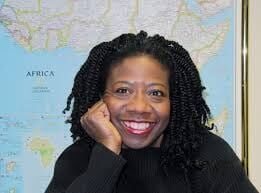 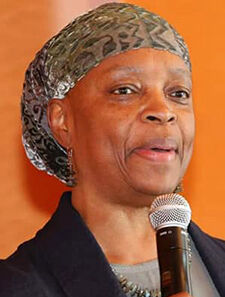 Often times as a people we are so suspicious about things that we can miss opportunities that could have benefitted us.  Elder Atum Azzahir, founder of the Cultural Wellness Center

As one story goes, the talking stick initiated between five Native American tribes, all living near the shores of Lake Ontario in upper New York state.  The five populations were all involved in horrendous wars.  People were dying and suffering.

Described as a very great man, Deganawidah finally helped the warring factions learn what finding common ground really meant.  It took a while, but eventually the Iroquois Confederacy was formed. Supposedly, this peace agreement inspired the U.S. Constitution and the United Nations Charter.

Deganawidah believed it was very important for each person wishing to speak to be carefully listened to.  Everyone’s ideas were valuable.  When they listened carefully from their hearts, and spoke truthfully from their hearts, the people were able to make peace.  This was called ‘active listening’.  There would be no need to fight and have wars.  When a designate was given the ‘talking stick’, it was important that others listened with respect and compassion in helping to solve problems and make choices.

The Masai were ancient people who lived in the Rift Valley of Africa.  They too used the talking stick as a tool of communication.  The holder of the piece was to have complete attention of the group.

Panelists said public education and awareness must be the foundation for examination of the impact of Covid-19 and any other disparities and historical trauma that plague our communities. They said our community must utilize its own communications infrastructure and trusted advisors to inform our people.

McFarlane said implementing the Talking Stick process for the Healing Circle, encourages active listening among participants and sets up public feedback for a post live continuation of the program via Zoom or another virtual meeting platform. He called it a protocol for clear communications and engagement.

Project leader Dr. Akinsanya, taking the figurative  Talking Stick, said, “Trauma escalates in our DNA from generation to generation.  With a year-long pandemic and the execution of George Floyd, combating the spread of the virus and its variants and addressing the demands for sustainable and equitable changes in the disparities between Black people and white people elevate the need to address those systemic racist components of our historic past and present being exposed by the unearthing of irrefutable data.  We must be well - protected and protective of others - in order to begin our walk around the Healing Circle.

“We must begin to treat our mental well-being with the intent to be well!  We are deserving. It’s called cognitive re-framing - winning that internal fight within driving us towards this wellness - a cousin to wholeness.  We strive to be whole beginning in our current societal climate with taking the vaccine.  But, instead of celebrating painstaking victories in brilliant scientists’ labs, some choose to risk the chance of becoming a statistic and causing the same fate to someone else,” she said.

“There is this indoctrination that has plagued Black America for 400 plus years.  It produces negatives associated with blackness - inferiority, lack, dysfunction. It fuels our negative perception of who we are based on observing opportunities afforded to sheltered white privilege.  People of color must flip this historic script.  It is high time to return to the days where we respected ourselves, our families, and were joyful in our work and pleasure and proud of what we contributed to the collective, our neighborhoods and our households, where we are not ashamed to seek support and coaching in problem solving and connectivity.  Common mutuality was beneficial for everyone. It never denied any parties involved any freedoms or opportunities” she said.

Nurse Practitioner Shirlynn LaChapelle  said she understands the mistrust by African Americans and other communities of color toward the health care system.  But because of vaccines, “there is no more polio, smallpox, mumps, diphtheria, chicken pox, and two kinds of measles.  COVID19 is real - almost ½ million deaths in the U.S alone.  It’s critical to become knowledgeable and make a decision you can live.  There are safeguards for any repeat of past medical testing abuse,” LaChalelle said, passing the Talking Stick to life coach Ted Thompson.

He highlighted “our history of resilience.  We’ve come through a lot. There have been so many challenges, especially in the health arena.  Systemic racism has prevented us from moving forward toward problem solving, uniting our communities, and seeking a share of prosperity.”

Thompson said he got vaccinated a couple weeks ago.  Before he knew it, the shot was over, and any post vaccination symptoms were minimal.  He warned listeners about relying on just one source of information, particularly on social media people posting have a personal agendas and motives.

Therapist Yolanda Adams Lee, said “Who we are defines where we’re going and celebrating our elders defines where we’ve been, each one reaching back to bring another forward.  We need to know our history so that it’s not repeated.  We’re in the fight for our lives.  There is no room for fear.  The biggest fear is within us.”

Taking the Talking Stick again, Dr. B said, “Conversations are important in this time frame.  Many families are dealing with death; their children are struggling with academic material they don’t understand; and adult family members are trying to figure out where the next meal is coming from.”  “But it’s doable”, says Dr. B. “How do we connect to the Divine, saying, ‘help me to be me’, with our prayer?  I can only encourage clarity and healing as we commit to navigating our doubts and fears in a common sense manner.  At the end of the day, decision making is an individual undertaking.  As we embody the future, there is potential of limitless expressions of possibilities. One breath, I am.  The next breath, I become.”