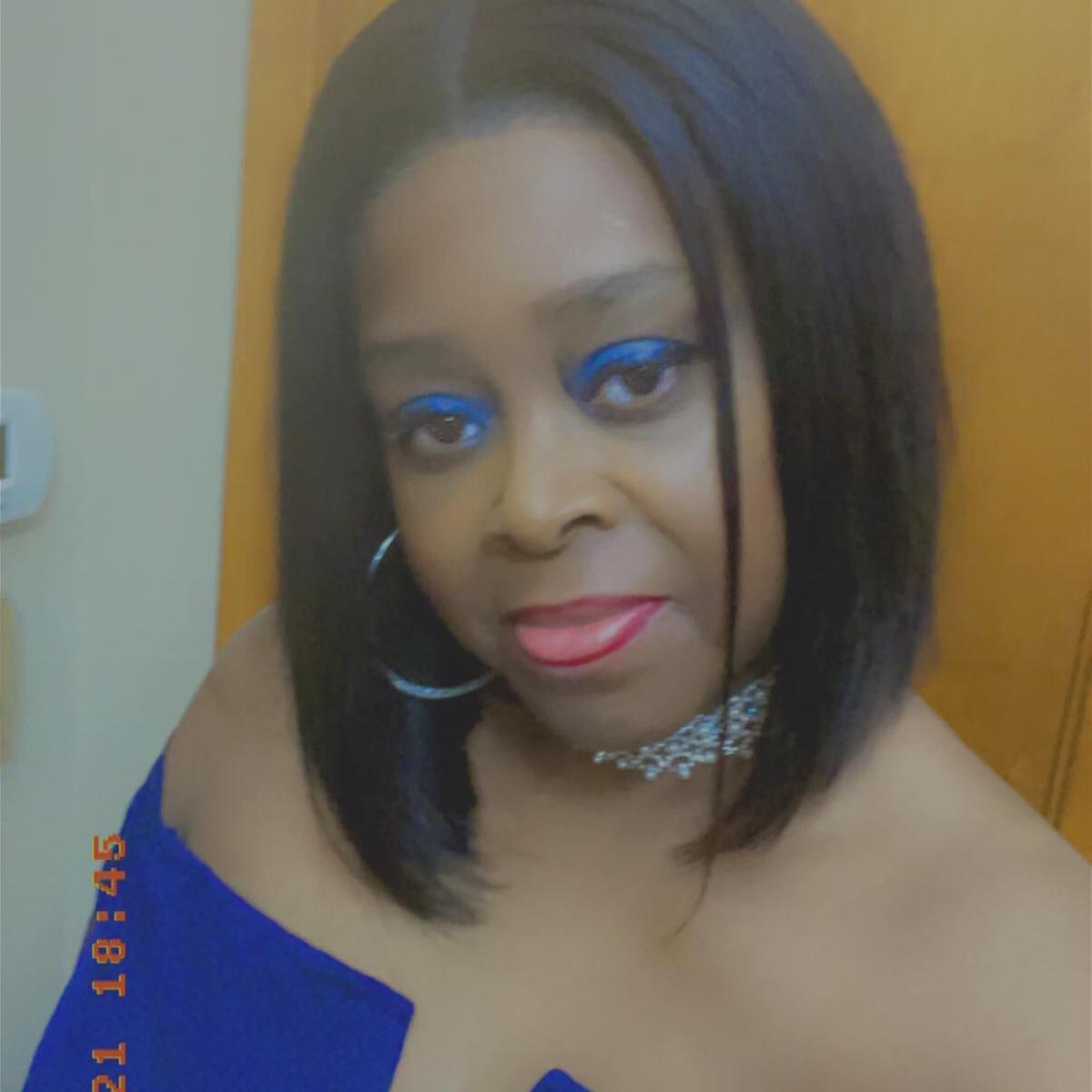 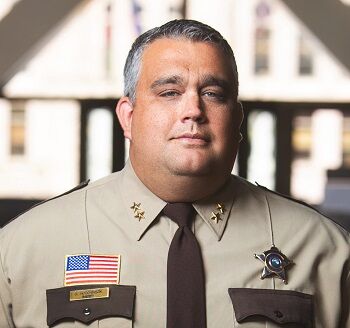 “I for one believe that if you give people a thorough understanding of what confronts them and the basic causes that produce it, they’ll create their own program, and when the people create a program, you get action.” Malcolm X

There were always so many levels of rich discussion coming from the Friday Healing Circles presented by “Conversations with Al McFarlane” and co-hosted by the African American Child Wellness Institute (AACWI).  Last week’s show was no exception.  The subject:  The Impact of Politics on the Mental Health of Vulnerable Communities.

“I received an article this week from my sister who lives in Tennessee, informed Dr. Bravada Garrett-Akinsanya, CEO and founder of AACWI.  Several black elementary students, a couple as young as 6, got into a fight.  The police were called, and the children were taken away seated in the back of a police car in front of all the other students.  They would appear before a judge known to give black children jail time.  I said to my husband that surely there were other young black children who had experienced the same psychologically destructive and traumatic occurrences.”

My thoughts after hearing such a sad and horrific story were that 50 years ago, parents would have stood up for their children.  While a group of black kindergartners sat on the dance hall floor of the dilapidated of Booker T. Washington elementary school in Kansas City because there were no desks or books, our mothers were picketing with their handwritten posters outside the windows.   The Board of Education was boycotted as well, and their pictures were on the front page of the local newspaper.

As parents, we did whatever we could to talk to and protect our offspring sometimes not having answers for the tough racial oppression and injustice questions. There were boundaries, honest understandings, moral scruples, and always high expectations, and the love of literacy and learning all we could from wonderful black teachers and distinguished administrative leadership in the segregated school white flight residents tried to burn down.  We didn’t quite understand why as did youth today understand the shock and brutality of January 6th.

“Did anyone ask these kids in Tennessee why they were fighting,” asked guest Lajuanda Flowers, an outreach community activist with “A Mother’s Love” and AACWI and from a family that has given so much to a city and a community they so love.  “You can’t treat trauma with trauma, she said.  They’ll grow up not trusting anyone and being afraid of everything.”  I would add that an incident of such grave nature should be used as an example in a new teacher’s training session or a professional development workshop. Why would something so cruel be allowed to happen?  Was this a necessary component of the zero-tolerance mandate?  Can the parents make a case for emotional abuse and disregard for student rights?

There is such a need for the training and credentialing of school nurses, and social workers along with funding for intervention and prevention programs, technological resources, psychologists for students and parents, and the reinstatement of a health and culturally balanced curriculum leading to meaningful and rewarding professions. My father came from working a second job to the PTA meetings and Neighborhood Block meetings on alternating Tuesdays and although he didn’t get the son he always wanted, he became a scout leader for the young boys in the neighborhood.  It was that important to be present and active in his only child’s life and other children needing love and guidance, as well.

How do we get back there, the host would ask?  No matter how bad things appear, why are we not placing more value on children’s lives and their future?  How did we lose our love of literacy and the power of the written word that tell our stories?  COVID19 (approximately 715,000 reported U.S. fatalities) and a country frighteningly divided politically and with a widening wealth and academic gap have pretty much ignored and devalued people of color.  It’s as if we are not an integral contributor in tilting the balance in the scheme of opportunities, public safety, brotherhood and sisterhood, tough love, and hope.  African Americans continue to be major contributors to the building of this nation through the ugliness and cruelty of oppressors seeking to maintain power.

Dr. Oliver Williams, professor of social work at UMN, will attest that with his work in delinquency he has seen how black youth always got the short stick when it came to discipline from authorities.  Their crimes were always less offensive as their white counterparts who received a far less severe sentence.  Williams also recalls as a young boy having stolen something from a store and the tough love lesson he received from his mother on that day.  He had to apologize to everyone involved and then when he got home, he had to reckon with his mother.  If many vulnerable children are left in isolation, and afterschool programs and athletic activities have been halted temporarily, if there’s no one to talk to, and there are few, if any, who would understand or care they are hurting, then they are lost.  There’s no one to tell them they are not alone and that things will get better.  There’s no one to tell the story of how our ancestors persevered and survived unspeakable crimes.

Last week, the University of North Carolina at Chapel Hill experienced the heartbreaking and unthinkable tragedy when a student committed suicide, and another thankfully failed in his attempt.   The President of the university canceled classes and called for a ‘mental health’ day.  In 2020, the CDC reported suicide being the second cause of death among individuals from 10-34 years old.  Economic factors, academic deficiencies due to an inadequate public education system that did not prepare many students for advanced studies, public safety fears, the opioid epidemic, and the rise of social media all appear to contribute to the downturn of millennial mental health.  Add COVID19 and variant concerns, the vaccine and mask controversy, labor strikes and the uncertainty of the future workforce, the surge of youth violence, a dangerous racial divide, the lack of proper health care, voter suppression, and poverty including increased homelessness, a lack of quality health care, and food insecurity and for certain, we have a mess. These major culprits are pushing the tired and weary to simply give up.

Hennepin County (MN) Sheriff David P. Hutchinson, officers, and staff would like to see fewer return to jail. They sincerely want the cycle to be broken.  Project H.O.P.E. (Helping Others by Providing Education) sounds like a pretty good mantra for many other institutions, especially our schools.  Their mission:  serving and protecting all in our community by furthering equal justice, safety, and wellness.  Their wellness component includes the adjunct of social workers, mental health care availability, a fitness regiment, and a chaplain on call.  Hutchinson and his colleagues know the best way to control crime is to prevent it before it happens.  Visibility of officers in the community is the only way trust and partnerships can begin to bring hope and public safety back to the people.

“We’re concentrating on mind, body, and spirit, Hutchinson explained.  The big questions are how will our inmates transform and how can we help them by first tapping into their interests and immediate needs?  Perhaps they can learn a trade like becoming a truck driver and even aim for certified union positions, he said.  When they participate in the classes, there are incentives like a movie.  Hutchinson is the son of a retired Burnsville police officer.  He was raised by the old adage, treat people like you want to be treated.  Thank you for your service to the communities you have and continue to serve.

Stark realities.  In 2018, Black Americans represented 33% of the sentenced prison population, nearly triple their 12% share of the U.S. population.  In 2019, 71.4% of those incarcerated were either African American or Latino with the combined two groups making up only 21.3%.  Remember, these adult inmates may be a child’s parents. If Project H.O.P.E. is successful, two generations could be saved with added resources for the inmates’ families.

The good news.  According to John Gramlich, senior writer and editor of Pew Research Center, there has been a pronounced decline among black Americans incarceration rates.  One noteworthy trend has been a steep drop in crime rates since the mid-1990s.  The U.S. violent crime rate fell by 51% between 1993 and 2018, while property crime rates decreased 54% according to the FBI.  But, the U.S. still has the highest incarceration rate of any country in the world.

Recently, I observed a classroom led by a dynamic young teacher the likes I had seldom seen.  Some days when the students arrived, there would be a picture of a young person who had done great things for their families or their school or community in hopes of inspiring the teacher’s students to consider doing the same.  Some days, they would turn on their assigned computers where a digital newsmagazine would come up on the screen.

I was intrigued.  In one hour, the students, mostly all attentive, would read an article, follow a brief study guide inclusive of new vocabulary words; a paragraph writing assignment; what they considered important facts; and one discussion topic.  The principal was just as impressive.  There was a room next to the administrative offices called ‘Safe Harbor’.  Before entering, parents or guardians were contacted, the circumstances of the discipline violation were explained, and a reasonable solution was decided sometimes with understood consequences.  The police were never called.

Join “Conversations with Al McFarlane” five days a week from 1 P.M. to 2 P.M. (CST) on Facebook, YouTube, Black Press USA Facebook page, and local cable network work.  We invite your questions or reflections on the subject matter of the shows.  We are striving to increase participation so our communities can become more informed and motivated to contribute to the change we envision our city and this nation to experience.  If needing mental health wellness assistance, do not hesitate to reach out to the African American Child Wellness Institute (AACWI),   Brakins Consulting and Psychological Services, or any other mental health emergency service available.  There is help but it will take research and persistence to make that happen.  A Note:  Hennepin County Sheriff’s office is hiring.