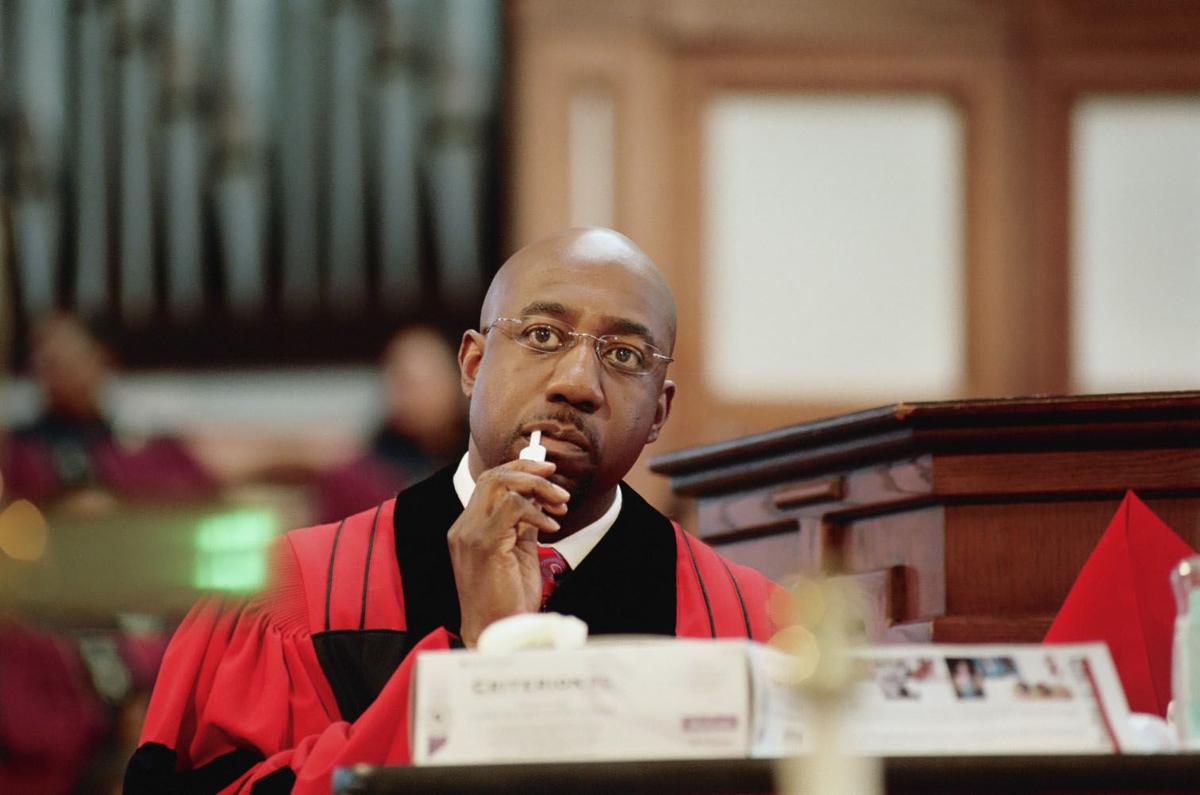 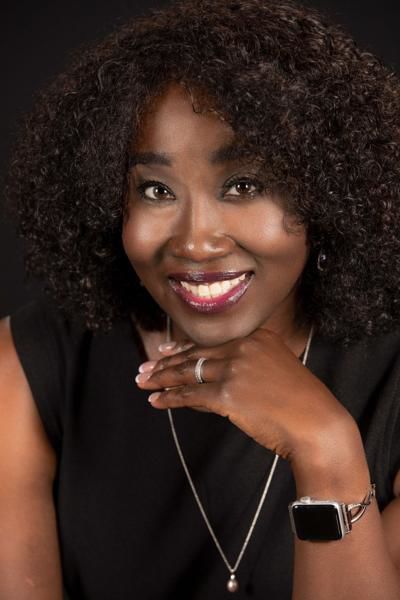 I’m sure many readers don’t recognize that they too have privilege and are in positions of power or influence within their community. Harness that power and think about how you can help from where you stand today to co-create a positive difference in your world and the lives of others.

I’m sure many readers don’t recognize that they too have privilege and are in positions of power or influence within their community. Harness that power and think about how you can help from where you stand today to co-create a positive difference in your world and the lives of others.

September 2019 I was elected onto the Augsburg University Board of Regents, a position I accepted with pride and joy. I’m passionate about education as I believe everyone should have access to a high-quality education irrespective of their circumstance.  At the second board committee meeting I attended I was asked to say a few words at the start of the meeting. The committee members and staff are committed, and passionate people driven to do good in this world. Through their positions of influence, they are doing right by Augsburg and Auggie students. As the only Black person in the room of about 20 people I seized the opportunity to share some of my thoughts about honoring Dr. Martin Luther King Jr on his birthday. I’m not sure what the committee was expecting from me.  I can safely say, after taking a leap of faith, they were moved by my words. Some even encouraged me to publish it somewhere.  So here is the essence of what I shared.

Sitting in the pew of Ebenezer church in Atlanta Georgia, listening to the powerful words of Reverend Dr. Raphael Warnock brought back memories of me sitting in the back of an Uber in Johannesburg. The driver was an elderly Black man. He was quiet. His clothes were worn but clean and tidy. I was on the first leg of a business trip in South Africa which consisted of me spending most of my time in the office.  My ride back to the airport was an opportunity to see more of Joburg as Johannesburg is affectionately called by the locals. I stared intently out of the window soaking up my surroundings. We were driving on a freeway. On my right I saw a few Black people suddenly appear, walking with purpose alongside the freeway on a beaten track that seemed to be taking them nowhere. As we drove further towards the airport, more Black people would appear, walking with purpose to somewhere that was not visible to me.  I saw the sun reflect brightly on what appeared to be a row of metal sheets that soon became a sea of metal sheets that went on forever. The number of Black people I saw walking increased as the sheets became more visible. Then it hit me, the sheets were roofs of shacks. This was Alexandra.

On my left side, standing tall and proud were high-end apartment complexes, towering over the freeway and glaring down on the township. I guess they could see over the 20 000 plus shacks that made up part of the largest township in South Africa.

I asked the driver if this was Alex. He said yes in a softly spoken voice. I shifted in my seat to get closer so I could hear him because I felt he had more to say. He looked at me through the rear-view mirror. He asked me if I believed in God. I replied with a simple yes and waited for his follow-up question. After a brief intense pause, he asked me if I believe God lives over there?

The look of anguish, sadness, and disappointment on his face was indescribable as he went on to share his experience growing up and still living in a similar township. He explained how he dreams of a better life for his wife and children. How much it pains him that his family lives in what he described are inhumane conditions. The anguish he felt when passengers treat him as if he is sub-human, without dignity or compassion, simply because of the color of his skin. The driver vividly came to my mind as I listened to Reverend Dr. Warnock say, ‘We remember him on Monday and dismember him on Tuesday’. Reverend Dr. Warnock reminded us Dr. Martin Luther King Jr died standing up for the poor and powerless yet still today people are being criminalized for being poor and powerless.

This is not just an American experience, it is a common experience for too many Black people around the world. The racial disparities between Blacks and whites are deeply seated in a system built to suppress Black people, to keep us poor and powerless.  Living in a black body often means living in fear despite your position, accomplishments or education. It takes a toll on our emotional, physical and spiritual health which is compounded by the lack of access and equity in the healthcare system. Consequently, this often leads to preventable health conditions which ultimately has a toll on society, ‘what affects one person directly, affects everyone indirectly’.

‘We remember him on Monday and dismember him on Tuesday’ reminds me of Prince Harry and Duchess Megan. How Megan is vilified by the British press, constantly criticized and subjected to unbelievable bullying. Yet people refuse to believe this behavior is deep-seated in racism because they don’t like that word and they don’t want to acknowledge racism exists. They want us to believe the issue is with us.

The simple act of using your voice, lifting every voice, listening to stories of people who don’t look like you or have a different perspective can go a long way in helping to create a world that Dr. Martin Luther King, Jr dreamed of during a time when hope seemed like an impossible dream for African Americans.

Augsburg College is in a privileged position to influence the next generation of leaders. Not just with academic information but with a holistic teaching approach that will encourage our next generation of leaders to show up in the world with compassion and humanity for all.  We as Regents are able to influence how Augsburg shows up to provide the best in class learning environment and experience for all students.  Collectively we are in a position to ensure every voice of every student is heard. That all students are treated with human dignity. That we do all we can to stand up for the poor and the powerless. We are in a position to help change the narrative for Black people, Native Americans, Latino, Asian and all people of color. The LGBTQIA+ community, the poor and the disenfranchised. We can change the narrative from one of despair and hopelessness to one of prosperity, hope, and unity.

Augsburg College is a powerful think tank not just for students but for world leaders and influencers. The Nobel Peace Prize Forum is one of many examples of how Augsburg uses its influence on a global platform to change the world for the better. It is possible, one step at a time.

My call to action is for everyone in this room to think about one thing you can do differently as an individual or as a collective to use your position of privilege to help create in your sphere of influence, compassion, humanity, equity and equal access for all.

Together let’s make Reverend Dr. Warnock’s comment ‘We remember him on Monday and dismember him on Tuesday’ irrelevant by honoring and remembering Dr. Martin Luther King Jr. every day of the year.

My words were welcomed and appreciated by the Augsburg Board of Regents.  I extend this call to action to everyone reading this commentary. I’m sure many readers don’t recognize that they too have privilege and are in positions of power or influence within their community. Harness that power and think about how you can help from where you stand today to co-create a positive difference in your world and the lives of others.

Dr. Sylvia Bartley, a Senior Global Director for the Medtronic Foundation, is well known for her community work in the Twin Cities and her voice on KMOJ radio. She was recently listed in Great Britain’s Powerlist 2020, of the top 100 most influential Black people in the UK. The Powerlist included The Duchess of Sussex, Megan Markel, and actor Idris Elba. She was also named as one of Pollens 2019 50 over 50 MN doing purposeful work in MN.  Bartley recently moved to Atlanta with her wife Reba but is still connected, committed and invested in the Twin Cities community. Her book "Turning the Tide: Neuroscience, Spirituality and My Path Toward Emotional Health” outlines the links between our brains and our souls while inspiring readers to change the world with that knowledge.