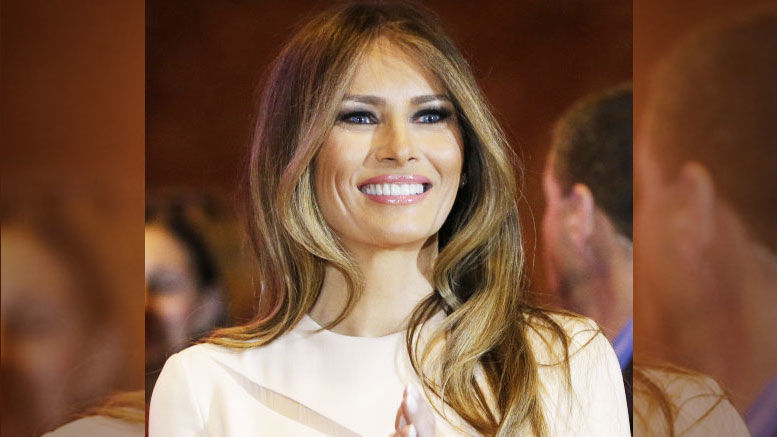 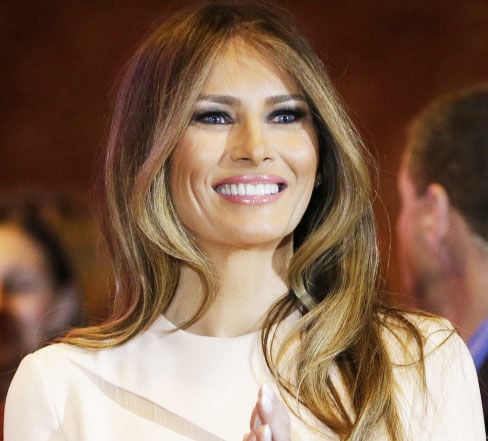 Thank you Republican National Convention … thank you, thank you thank you.

Going into the week I wasn’t sure what, if anything, I was going to write in terms of a commentary/editorial. But in just one day, the RNC has offered up material to last at least a month … probably longer. So, where to begin?

OK, let’s begin with what’s being talked about, mocked, ridiculed most … the “speech” of Mrs. Melania Trump‬. So, um, well, um … so it seems Mrs. Trump may have borrowed a bit of her opening night speech from an obscure speech given by a not so well known person at a far, tucked away venue to an audience of two or three people.

Huh? What’s that you say? Oh, my bad. Let me rephrase that.

So it seems Melania Trump, wife of Donald Trump, stole … completely ripped off … a major portion of Michelle Obama’s 2008 Democratic National Convention speech. Obama’s speech was seen by millions and resonated with many because of its tone and depth … and because of the moment. Remember, the nation was on the cusp of electing either its first Black president or first woman vice president. Prior to the speech Michelle Obama was being characterized as the “angry Black woman.” At the time, the speech was lauded as one of the more powerful, authentic, speeches given by the spouse of a presidential candidate. It struck a chord with much of the nation. Craig Crawford of CQ Politics called her speech, “Masterful.” Andrew Sullivan of the Atlantic said it was “One of the best, most moving, intimate, rousing, humble, and beautiful speeches I’ve heard from a convention platform.” He later went on to say, “Maybe she should be running for president.”

And within that speech, Michelle Obama said … and I quote … “And Barack and I were raised with so many of the same values … like you work hard for what you want in life, that your word is your bond, that you do what you say you’re going to do, that you treat people with dignity and respect, even if you don’t know them and even if you don’t agree with them.”

Monday night, Melania Trump said … and again, I quote … “From a young age, my parents impressed on me the values that you work hard for what you want in life, that your word is your bond and you do what you say and keep your promise, that you treat people with respect.”

Now poor Melania stole more of Michelle’s Obama’s speech, but let’s focus on this part for a minute and in particular the phrase, “that your word is your bond.”

I’ll admit, I wasn’t really watching … I was listening. While Melania Trump was speaking, on my tablet the St. Louis Cardinals were in the middle of a great offensive inning and my attention was mostly focused on back-to-back homers from my hometown team. But while listening I heard something that caused my neck to turn so fast that I’m sure it caused mild whiplash. What I heard was a favorite saying of my grandmother … it was a favorite saying of many Black people’s grandmothers – your word is your bond. I’m sure Jarrett Hill, the African-American journalist who is credited with first reporting the word “theft,” heard it from his grandmother. Hill, who contributes to the Huffington Post and others, called out Trump via his Twitter account. Over the years the phrase has been shortened to the hip-hop vernacular, “word is bond.”

When Michelle Obama offered the line she was talking to the nation, but she was speaking to us. It was sort of code to let us know she and Brother Barack were still down. We caught on, but the masses probably didn’t have a clue to the hidden message. Hell, I feel I’m offering up too much information now. In the streets, it’d be called out for dry snitching.

But I offer this up only to say that of all the lines Melania could have ripped, she (OK, let’s be real, her speech writers) stole that line. And I’m sure it was that line that alerted Hill to the outright plagiarism of Donald Trump’s wife. Following Melania’s speech, commentators remarked that the woman born in Slovenia speaks five languages, but it’s clear she’s not yet versed in the language of my people. But to quote Kevin Hart, “you gon’ learn today.”

If the moment weren’t so big and the stakes weren’t so high, I could fully revel in the comedy … the absurdity of it all. But the moment is this big … the stakes are so high. To dismiss Melania Trump’s speech as an “oops” moment is to dismiss and downplay Trump and his team’s lack of readiness and downright incompetence.

Speaking on CNN, Trump campaign chairman Paul Manafort said … and I quote … “To think that she would do something like that knowing how scrutinized her speech was going to be is just really absurd.”

And that’s exactly my point. Knowing the importance of that speech and that moment, you mean to tell me no one vetted the words Mrs. Trump was to utter? And … to my point earlier, it wasn’t like she stole some obscure passage. She stole from our current first lady who masterfully delivered those exact words during the 2008 Democratic National Convention. If this is the level of intelligence gathering we’d see in a Trump administration when it comes to far more serious matters of say … national security, then God help us all. This was the simplest of tasks and Team Trump failed miserably. This man is not ready to lead … period. And to think he is, is idiotic.

For comedians, the Trump campaign is the gift that keeps on giving. For the rest of us, it’s our worst nightmare. It’s a horror movie with a farfetched plot and in the end no one survives. Oh how I wish this was just another Hollywood flop. But in reality, this is the 2016 presidential campaign; and in Donald Trump, this is the man Republicans selected to lead their party and possibly the nation.

Again, God help us all.