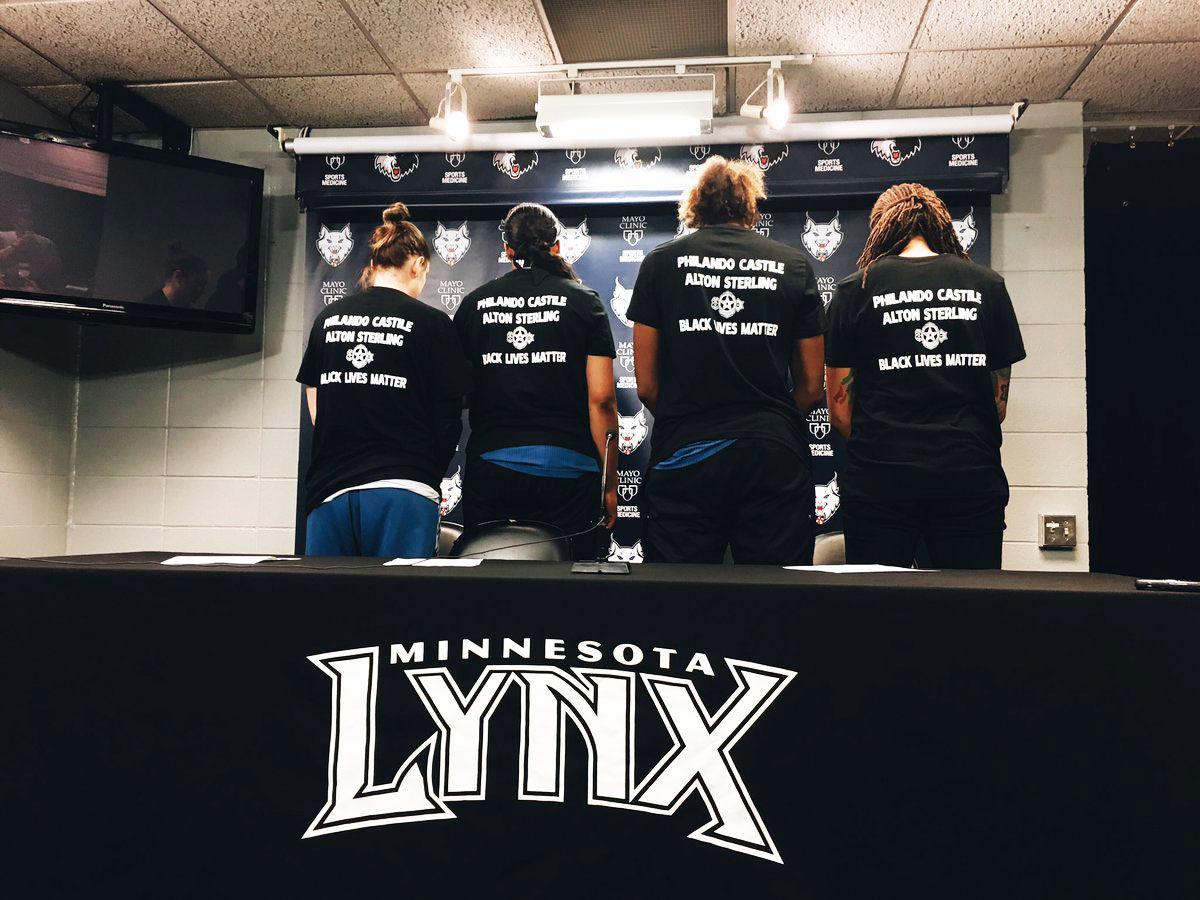 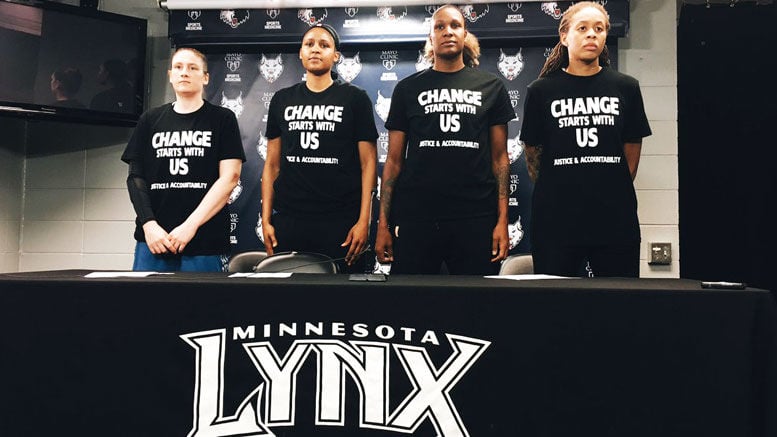 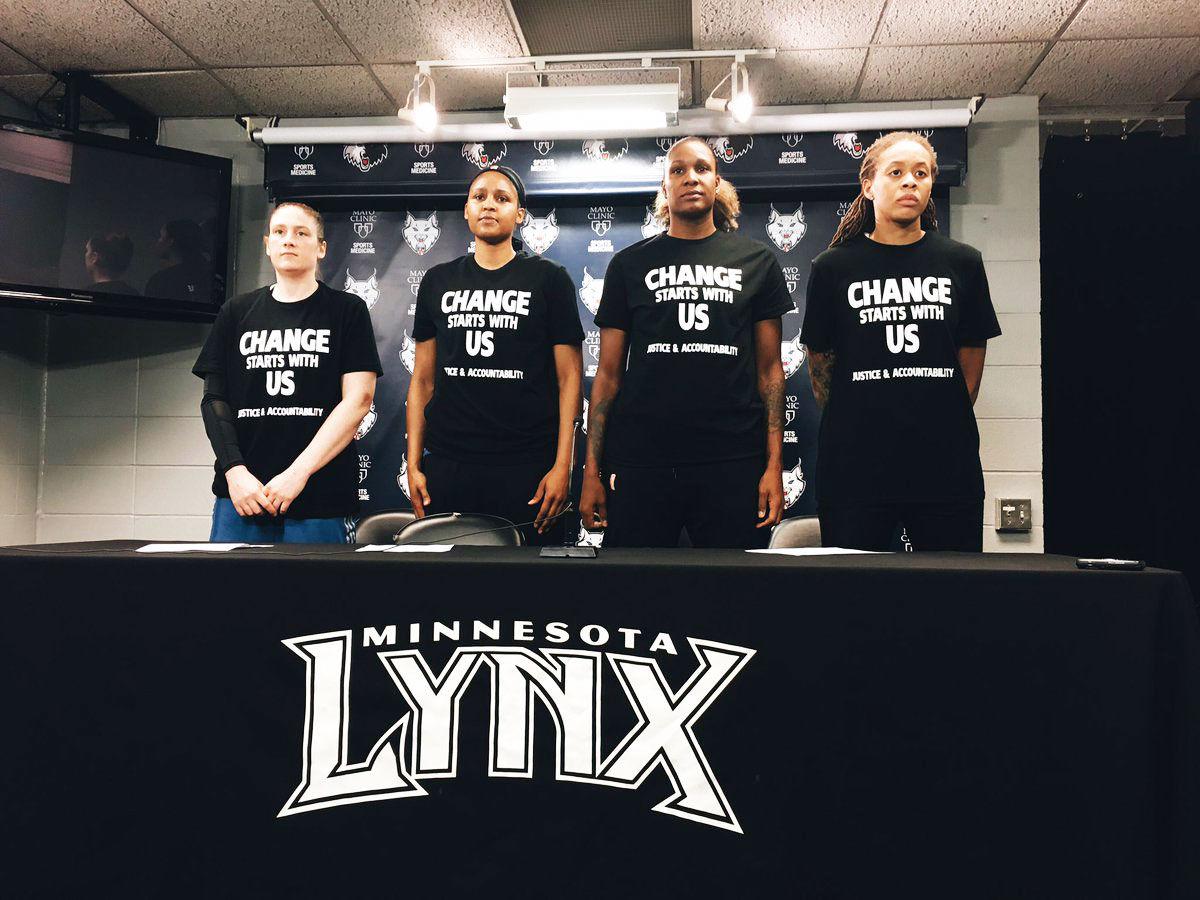 When it comes to sports in the Land of 10,000 Lakes, the Minnesota Lynx are the best thing we’ve got going.

For starters, the team has four players who rank among the game’s greatest … now or ever. Unlike the Twins, the Lynx of the WNBA are having a wonderful 2016 campaign. Unlike the Vikings, Wild and hoop counterparts, the Timberwolves, the Lynx are champions.

Sure the Vikes are a solid organization and seem to be on the cusp of a title and sure the Wolves are high on young talent with flashes of brilliance, but they haven’t sniffed winning in more than a decade, and yes the Wild make the playoffs routinely (who in hockey doesn’t), and yes the Twins are champions (though it’s been 25 years since the team hoisted a trophy). But in the here and now, the Lynx are like Nelly and the St. Lunatics … “we all we got.” Quite honestly, it’s embarrassing how little media attention is given to our area’s only winning product.

The Lynx are three time champions on the court. On July 9 they showed they are also champions for humanity.

With the backdrop of the back-to-back (like two days in a row back-to-back) killings of Black men at the hands of police and the shocking killing of five law enforcement officers in Dallas during a protest of the earlier mentioned killings, the Lynx showed why they are champions. Prior to the team’s home game against the Dallas Wings, Lynx players … league stars … Seimone Augustus, Rebekkah Brunson, Maya Moore and Lindsay Whalen held a news conference to address the killings of Alton Sterling in Baton Rouge and Philando Castile – whose killing was just a short drive on Highway 280 away from the Target Center and the killings of the five Dallas officers.

And though only four players presented during the press conference, this was team endorsed. Also team endorsed was the donning of black t-shirts with “Change starts with us, justice and accountability” printed on the front and on the back, names of the fallen; Sterling and Castile, along with a Dallas police badge honoring the murdered officers and under that, Black Lives Matter.

And since we’re talking about accountability, the four Minneapolis Police Officers who walked out – during the game – on their assignments to protect the players and thousands of fans must be held accountable.

But to be more truthful, they walked out on the entire community. And in walking out, these officers have dishonored themselves, the city of Minneapolis, its police department and the badge they claim to love. And while I think the officers should be fired outright for walking out, in actuality I think they should do the honorable thing and finish what they started by walking out on the force entirely.

Funny asking someone to do the “honorable” thing after doing something so dishonorable … so deplorable. These officers’ cowardly act put the players at risk, staff at risk, fans … many of them young children, at risk. And if someone thinks this is not the case then they are sadly, sadly mistaken. Best believe the Lynx and Target Center didn’t staff these officers just because they had a few extra dollars they wanted to blow. They staffed these officers to do a job … to provide a most valuable service. These four officers of the law failed miserably at their most primary function. For that they must be held accountable.

Remember, no one forced these individuals to join the force. They chose to be police officers and with that choice there is responsibility … accountability. And there must also be consequences.

These officers’ actions … and anyone (that means you, Minneapolis Police Federation President Bob Kroll) who defends their actions … support a level of professional cowardness that hasn’t been seen since officers walked away from duty during Hurricane Katrina.

These officers were there to protect the men, women and children in that building … every last one of them. Again, they failed miserably. Who gives a damn what the four officers thought about the shirts worn by Lynx players.

Keshia Thomas probably didn’t agree with a man wearing a Confederate flag t-shirt and sporting Nazi tattoos, but in 1996 when that man was being attacked, Thomas, a Black woman just 18-years-old at the time, selflessly shielded the man from an angry crowd. She was there to protect that man. She was called to duty and she answered. These four officers chose to let their call go to voicemail.